With the Carnival of Cultures coming up in Ashfield on March 16th, we take a look at the various cultural clubs throughout the Inner West that have provided a kind of ‘home base’ for immigrants over the years; a place where they can reconnect with their countries of origin, preserve their traditions and maintain their social and cultural activities.

The Polish Club located at 73 Norton Street, Ashfield, has been welcoming Polish people of all ages since it began in 1964. After purchasing its premises in 1967, the club expanded to the building next door (number 75) in 1984. While it has not been without it’s problems – having suffered a fire in 2003 that destroyed the club’s archives and Polish Army Museum room – today it boasts a bar, cocktail lounge, two ballrooms, restaurant, pokies and a Polish deli. The venue is popular for functions and hosts regular ‘Club Vibrations’ musical events for those who like to boogie to old school ’80s and ’90s tunes. It’s also  home to Polsih folkloric ensemble, ‘Syrenka.’

Established in 1929, the Cyprus Community Club is one of the bigger cultural venues in the Inner West located in prime position at 58-76 Stanmore Road. The Aphrodite Restaurant inside offers traditional Greek and Cypriot foods at great prices as well as entertainment by Greek performers Maria Stavropoulou and Nikitas Ellenis every weekend. You’ll also find homemade Cypriot sweets, loukoumades and coffee at Ellies Cafe on the first floor. In an effort to keep the Cypriot culture and heritage alive, the club runs a community dance school teaching traditional Cypriot, Greek and modern Greek dances.

Not a ‘cultural club’ itself, the Addison Road Community Centre is home to numerous cultural groups housed in its various ‘huts’. There’s a Greek Cultural Association (Hut 36), the Turkish Welfare Association (Hut 35), which provides assistance for those with poor English language skills, as well as Latin America House at Hut 18, which is a meeting place for solidarity groups in support of social and human rights projects across Argentina, Chile, Cuba and Uruguay. They host a Latin-American barbecue every Sunday as well as discussion forums every second Saturday.

If you can imagine a German RSL, this would be it. The Concordia has a very long history in the Inner West – established in 1883 in Stanmore, it moved to an old croquet clubhouse in Mackay Park, Tempe, in 2005 and sits on the edge of the park near the Cooks River. This temple to all things Teutonic has a very ’80s feel (it’s not super fancy) but it’s a great place to get your fix of proper German food like pork knuckle and Wiener schnitzel – and the traditional folk music they play adds to the authenticity. A popular place for older people and families as it’s conveniently located nearby Tempe Station, it is also home to the Concordia choir, chess group and canasta players.

Road test – Goin' to the Chapel 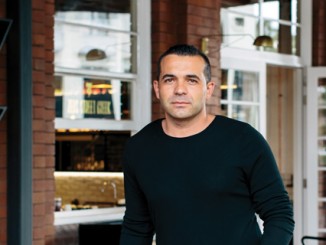 At home with Zeus Street Greek