Between the feminist revolution and the rising middle class, golf has not faired well. I don’t know if it’s the four-hour games, exclusive memberships or the caddish outfits, but it seems for many people golf is just something they wouldn’t do.

Public golf courses in the Inner West, however, are trying their darndest to engage a new breed of ‘social’ golfers. And with their pristine courses, reduced prices and cozy communities they have a lot more to offer than just a club sandwich. We donned our best argyle and checked out where the pros are putting their putters.

Set upon a narrow strip of greenery along the Cooks River, Marrickville Golf Course is all about the “short game”. Its tight turns and sneaky angles are an attraction for golfers out to improve their accuracy.

The challenges of this scenic 18-hole course don’t stop the punters, however, with nearly 40,000 people coming to visit every year.

The 60-par run moves through a verdant progression of weeping willows, water views and a rain-garden installed by Marrickville Council. As one of the few golf courses to have a female pro, Marrickville Golf Course is particularly known for its Women’s Competition.

According to Patsy Chu, Marrickville’s Women’s Captain, the rogan josh at their Bistro is also a highlight.

Sounds like ‘massive’ and definitely looks it; Massey Park Golf Course in Concord is the kind of golf course you could mill around in for hours. With its resplendent green slopes and waterfront aspect, I wasn’t surprised to see members soaking up the clubhouse’s view (and beer) at 10 o’clock in the morning.

For those who want a swing, Massey Park provides a 4.5km run that is fun to play no matter your level. Resident pro, Glen Kelly, says pars and birdies are not too difficult here and the wide grounds mean you won’t lose your balls unless you really try.

For these reasons Massey Park is popular with the “weekend hackers”, however, it’s also easy to spot the aficionados – mostly because they tend to be the ones wearing the brightest clothes.

Slap bang on Canada Bay, Barnwell Park is probably the best advertisement for playing golf there is. Before you hit the grind of Lyons Road take a moment to observe the calm serenity of the bodies moving through this relatively flat course.

Accessible, reasonably priced and compact, (the 18 holes can be finished in three hours) Barnwell park is perfect for beginners and seniors who don’t want to partake in an extended game.

Barnwell’s $14 Twilight deal could see you teeing off into the sunset, and the public visibility is a great excuse to get out your plus-fours. The golfing pro, Greg Engall, also holds free beginners clinics once a month. 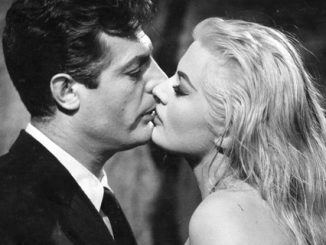