Well it’s that time of the year again – Valentine’s Day. A time for everyone to turn to those we love and let them know how special they make us feel. Or, alternatively, it’s a time to wallow in misery and reflect on your aching loneliness while eating a box of Ferrero Rochers you bought for yourself.

Either way, whatever you’re planning on doing this Valentine’s Day it’s important to consider this. The environmental cost of treating your Valentine is quite high indeed.

The paper industry is the 4th largest contributor to greenhouse gas emissions worldwide and paper takes up 25 per cent of the planet’s landfill space. However, this won’t stop Australia spending over 14 million dollars on Valentine’s Day greeting cards this year.

Unfortunately, the truth about roses isn’t very romantic either. It would seem counter-intuitive to think a flower would be harmful to sustainability but according to the Scientific American, the estimated 200 million roses that are sent to all those lucky girls each year result in over 9000 tons of CO2 emissions in the US. Interestingly, most of the flowers sold for Valentine’s Day in the US are imported from Latin America.

In Europe, the vast majority of flowers sent are grown in Africa and imported.

You might think it’s best not to buy imported flowers but, unbelievably, a study by Cranfield University in 2007 discovered roses grown in Holland created six times more carbon emissions than ones imported from Kenya. This is because the plot in Holland used a lot more machinery, water and power.

So if you can’t give your significant other a gift card and you can’t give them a rose, what can you give them? Chocolate? Actually no, chocolate is also a huge problem when it comes to sustainability and ethical treatment of workers. It’s estimated that two million children in Ghana and the Ivory Coast work in the coco fields, many of them are used as slaves.

But despite this, over $90 million will be spent on chocolates this Valentine’s Day in Australia. (God this is depressing, no wonder I don’t have a girlfriend…)
But do not despair my starry eyed, lovestruck sweethearts, it’s not all gloom.

Take this Valentine’s Day to think about what’s really important to you (hint: it’s not silly generic store-bought cards or mass-produced American-owned chocolate gifts). Do away with the commercialised trappings of love this year and make someone feel truly special. And if your lover isn’t going to be happy to hear that, you can always opt for e-cards, green greeting cards, sustainably grown roses and fair-trade, organic chocolate. 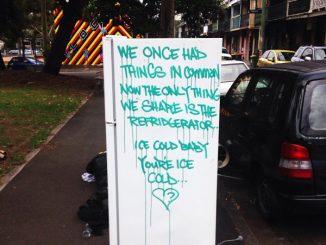 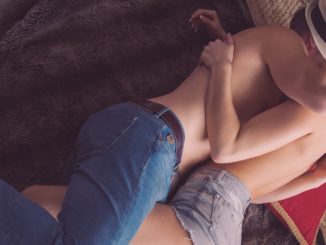 How to have passionate sex with endometriosis