If you are lucky or dedicated enough, you have probably seen Dykes on Bikes shredding up Oxford Street, opening Mardi Gras with leather body armor, rainbow pride and unmatchable panache. Personally, I have only ever heard the roar of their engines from behind the crush of revved up spectators.

Fiona Lamby, a year-and-a-bit member of Dykes on Bikes, said her first ride up Oxford St required so much concentration, photographs show her frowning the whole way up Oxford St.

“It’s nothing you can be prepared for really,” she says. “The crowd is there and we are the first group they see. Everyone is cheering and yelling and wishing you the best, it’s quite overwhelming.”

Channel 10 network manager and President of Dykes on Bikes, Manda Hatter, smiles in memory of the ride, “It’s exhilarating and there is a feeling of community spirit and strength; you just feel empowered.”

While it is a tradition that Dykes on Bikes Sydney open the annual celebrations on Oxford Street, (leading the parade in what is actually a difficultly slow ride) Oxford Street is not the only road the Sydney contingent of Dykes on Bikes ride up. The group, with over 200 members, enjoy at least two formerly organized meetings together each month, including learner rides, weekend getaways, charity events, and even, President Hatter tells me, group rides to go and indulge in gelato or spot of High Tea.

Dykes on Bikes (or DOB) also, more often than not, find themselves in the Inner West – particularly in Five Dock where Dykes on Bikes, perhaps surprisingly, has been an auxiliary group of the local RSL for over five years.

“The Inner West is the spiritual home of Dykes on Bikes Sydney. It’s been great being part of that community.”

“The club is absolutely community minded and has a great community spirit,” Hatter says.

Catherine Lewis, the coordinator of the Sports and Auxiliaries at Club Five Dock says that the partnership between Club Five Dock (whose also auxiliaries also include Five Dock FC, Balmain Junior Touch and Five Dock Junior League Club ) and DOB sprung from recognition of cross-over between membership in the two clubs.

“We wanted to address the balance of supporting male and female community activities,” Lewis says.

For the first time, a squadron of 15 bikes from DOB participated in the RSL’s ANZAC commemorations this year, leading the parade to Five Dock Park and forming a Guard of Honour. The group also won the Best Dressed Award at the Club Five Dock’s Auxiliary dinner event for a second year in a row.

“This year at the Auxiliary dinner we also came one person short of beating the Five Dock Orchard Society for Best Attendance,” Hatter says. She puts on a faux grimace, “Next year we are coming after the Orchard Society.”

Club Five Dock RSL contributes to the group by providing them with a free meeting space, DOB tee shirts and safety training sessions.

One of the greatest facets of Dykes on Bike’s work, which the club supports is fundraising. This year DOB hopes to raise between $2000 to $3000 for LGBTQI advocacy organisations, Gay and Lesbian Rights Association and The Pinnacle Foundation. Every Christmas, they also organize a toy and food drive for animals staying in pounds and shelters over summer.

Charity work and rider safety are two facets of the group’s activities that remain little known among Sydney siders who might have caught their tail lights or utilized the so-called ‘GayTM’ dedicated to Dykes on Bikes during Mardi Gras season this year.

The group also provides a unique socializing space for women who ride.

Fiona Lamby, a music therapist and recruitment and training manager, joined the group a year and a half ago hoping to rekindle a forgotten passion.

“I was single and forty, and wanting to make a change and do something different. It was a self-realization that most of the time I would either walk into a room and know everyone there or walk into a group and be in charge of everyone there. But joining a group where I knew no-one, was something I hadn’t done in five or ten years.”

Lamby had grown up messing around on dirt bikes and motorbikes with her brother and his Scout group, but hadn’t ridden for over 25 years.

Fiona’s first interactions with DOB were positively unexpected, to say the least. Within seconds of meeting her, one of the members offered to check out the bike Fiona was considering buying the next day.

“They tyres weren’t pumped up properly, so she just she said, ‘I’ll take it to a petrol station and pump your tyres,’ and on the ways she rang to check the registration was legitimate, to make she it wasn’t stolen,” Lamby says.

“All that stuff she didn’t have to do, and I didn’t ask her to do it and she really went out of her way.”

Over the past year and a half Fiona Lamby has ridden the Mardi Gras run and has also formed significant friendships within the club, including meeting her current partner.

“There is certainly a group of friends who are very close and like family to me,” she said. “I know I could call them in an emergency at any time of night. The expectation would be that I do call them, that’s how good they are. They are really great people.”

President Manda Hatter, who has been a member of DOB since 1997, also speaks of a family existing in the network of women riders, as well as an inherited history of social change.

“We are who we are, we are proud of who we are, and that’s something people in our own club have had to fight for,” Hatter says.

“The older generation paved the way and it’s incredibly important for us, having pride in who we are, and what we do. And being part of that club is … freedom.”

Hatter hopes in the future Dykes on Bikes will become a bigger and more important part of the Inner West and Sydney local community in general.

“Yeah,” she says, “I think they’re getting used to us being here.”

• Dykes on Bikes Black and White Ball is taking place on September 19th at Marrickville Bowling Club with all proceeds going to The Pinnacle Foundation and the Gay and Lesbian Rights Lobby. For more information go to: www.dykesonbikessydney.org.au

Dykes on Bikes Sydney began partly (in the early ‘70s) to patrol the area around Oxford St to prevent gay bashings. President of Dykes on Bikes Sydney, Manda Hatter, says attention to safety is an attitude that still comes through the group today. “It’s something we take really seriously,” she said. Here are some safety tips whilst learning how to ride offered by members of Dykes on Bikes.

• When first riding your bike, ride in an area that you already know well like the suburb you live in. You could also drive around the route you want to take in your car first, checking any obstructions or distractions, and then have a go on your bike.
• When turning on your motorcycle, turn your head in the direction you want to go in.
• Make sure you keep your head up, rather than looking at the speedometer for too long.
• When riding on a new bike for the first time test the clutch friction point a few time before riding because every bike’s will be different.
• Try and be as present in the moment as possible by paying attention to everything around you, in front, behind and beside you. You need to be alert and let go of other thoughts in your head.
• Fiona Lamby also recommends checking out the learner and advanced motorbike courses held by HART and Stay Upright. 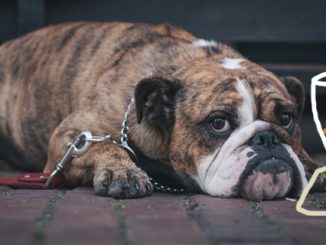 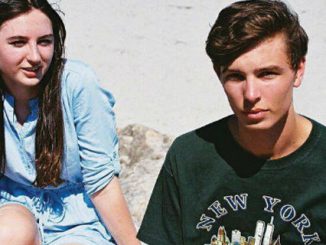