Jessica Chastain is always a fascinating actress to watch, and here she stars in this real-life story of courage and defiance. When Poland is invaded by the Germans, Jan and Antonina Zabinski, who run the Warsaw Zoo are stunned – and forced to report to the Reich’s newly appointed chief zoologist (Daniel Brühl). To fight back on their own terms, the couple covertly begin working with the Resistance – and put into action plans to save lives out of what has become the Warsaw Ghetto, with Antonina putting herself and even her children at great risk. M Details here

Who hasn’t secretly always wanted to go to an old fashioned sing-a-long? Why not combine it with an old fashioned movie, telling one of the screens’ oldest and most-loved stories? Bring your friends, bring your little ones, but most importantly bring your vocal chords. Lyric sheets will be provided for those that don’t know all the words, but hey, you do already, right? Several screening both Sat May 6 and Sun May 7, check their website  for times.

Go on the road again with The Trip to Spain, the third instalment of this hugely popular series starring Steve Coogan and Rob Brydon and celebrate closing night of the festival with Torres Wines and Stella Artois. If  84-year-old trooper Michael Caine wasn’t still so busy churning out movie after movie, he’d probably join the fun and food with the motor-mouthed duo on the road. He’ll be with them spirit, you can count on that. More here.   General admission $25, club $20

May 8  Red Carpet Premier screening of The Girl I Loved

There wouldn’t be a better place on the planet to premier a teenage lesbian soap than Newtown… An audience fave at Sundance, The First Girl I Loved tells the story of high-school misfit Anne falls in love with Sasha, the beautiful star of the softball team. When Anne tells her best friend Clifton about her new crush, his jealousy threatens more than just the girls’ budding romance.  View trailer. Presented by FilmInk mag in conjunction with Arcadia and the feature will be accompanied by short film Lo Loves You by emerging Australian filmmaker Cloudy Rhodes. Booking and info.

May 8  Cheap preview screening of Whiteley

The pace of this masterful doco by James Bogle is sometimes as speedy as the great painter himself. There was plenty of drama and tragedy Brett Whiteley’s life, but behind the tabloid headlines, his career as an artist was defined by a vigorous work ethic, an exhaustive commitment to study of the work of others, and a willingness to take huge risks in his own work and even to his own sanity. That certainly its toll on those around him. His life and legacy is a strange and compelling story. More here  General admission $12, club $10

With 20 brand new independent films fresh from the US festival circuits and a generous selection of classic cuts, American Essentials makes a very welcome return to Palace Cinemas. It kicks off with the premiere of Mike Mills’ highly-anticipated 70’s -era tale of love and loss – 20th Century Women starring Annette Bening and Greta Gerwig. Come along in time for a pre-film celebration with Stella Artois wine, canapés and live entertainment. For once they’re opening this one over at Verona, so inner west film-buffs may just have grab an Uber or wait another day for the 3-week festival to get underway on Norton Street. More info. General admission $35, club $25

May 10  Red Carpet Screening of Snatched

After the huge success of Trainwreck, exactly why Amy Schumer felt the need to team up with Goldie Hawn is a bit of a mystery. In Snatched she plays an impetuous dreamer, who after just been dumped by her boyfriend on the eve of a holiday to an exotic island, persuades her ultra cautious mum (Hawn) along. Needless to say, it doesn’t go down well. Catch their misadventures along with a red carpet walk, a complimentary cupcake and glass of bubbly. Details. Ticket price $25.

May 14  High Tea: The Sense of an Ending preview

You can’t say Dendy doesn’t know the audience for The Sense of an Ending, which stars Charlotte Rampling, Jim Broadbent and Dame Harriet Walter, and is based on a Man Booker Prize winning novel by Julian Barnes. Refined company indeed! Enjoy this “acclaimed and poignant” movie, which is directed by The Lunchbox’s Ritesh Batra two weeks before the movie’s general release along with a high tea of treats and nibbles and quality tea flavours from T2. More info. General admission $45, club $35 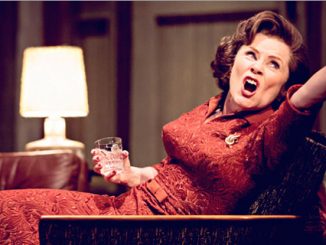