Steve Clisby is a legendary jazzman, the world over. Born in the US, he performed soul to Europe and wowed mainstream Australian audiences when he competed in The Voice. Bringing the wisdom of a lifelong musician to the limelight, Clisby is making sure jazz still flourishes in public view.

Catch him at ‘Jazz in the Park’ at Gladstone Park, Balmain, on Sunday 4-6pm. Jazz acts will be performing at venues this weekend all over the peninsula when Balmain is turned into a temporary Birdland.

What can we expect from your performance on Sunday at Gladstone Park?
Well first of all, it will be Steve Clisby and Bill Risby playing. Bill will be on the piano. We’ll be playing quite a few songs from my most recent album Golden Ring, a mix of original songs and we also play unique arrangements of some other classic songs, whether it’s John Legend or Van Morrison we do it in our own way. Hopefully we can also get Dale Barlow up to play some saxophone, he’s been my friend since the first year I moved to Sydney.

What was the first jazz tune you played?
The tune that comes to mind is Horace Silver’s ‘Song For My Father’. I played it on the piano in my teens, when I was 17 or 18.  I remember at that age I saw the first great jazz performers I ever saw, the Jazz Crusaders. When I was old enough to drive we would go to The Lighthouse on Formosa Beach (in LA) and Shelley’s Manne Hole. I saw Miles Davis, Tony Williams, everybody.

What advice would you give to people hoping to be musicians?
The business is changing now, but what you need to succeed is pretty much the same.  Personally, I think you need to be true to yourself – and it can be difficult, and confusing. You have to be focused; you have to be a bit of a masochist because you have to accept rejection on a regular basis. Don’t worry too much about the outcome – jump, and the net will appear. If I had to distill it to one thing, I would say you have to be fearless. Not to say that I was not afraid, fear is part of life. But you have to do it anyway.

Do you have any future plans we should know about?
I’m starting a master class workshop to introduce and develop new talent that is not yet being heard. There are a lot of incredible musicians here but I feel like there is a lack of a community between them, I want to develop that and help bring new talent to the public’s attention. 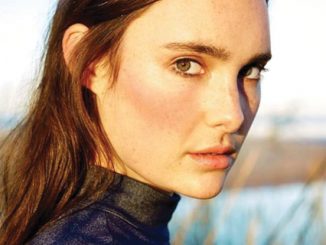