Sexual bullying makes me sick. That is, any sort of bullying or shaming about someone’s gender or sexuality. Research shows that girls are disproportionately the victims of sexual bullying and that the bullying is usually about their sexuality or sexual double standards.

I also hate the fact that modern technology makes it easier to intimidate, shame and harass someone. Cyber bullying is intentional and repeated behaviour performed through electronic media for the purpose of harming others.

Also known as electronic harassment or online aggression, cyber bullying is becoming a bigger problem as the internet jumps further into bed with us. As social media profiles are become more and more emblematic of our reputation and identity, it is no surprise that public shaming online can lead to depression and suicide. ‘Bullycide’ is a new term for when people commit suicide as a result of bullying and it’s happening to adults and kids.

Internet and phones have become weapons for bullies to harass women about their appearance, sexuality and their real or imagined sexual activity. They are used to harass men for their perceived sexual orientation and performance of masculinity. Bullies embrace the internet as a space of criticism and judgement and aren’t afraid to act like the “sexual and moral police.”

Lesbian, gay, bisexual and transgender youth are more than three times as likely to experience harassment online than non-LGBT youths. LGBT kids are four times more likely to attempt suicide than non-LGBT adolescents. Research also shows that adults are just as susceptible to the negative mental health effects of cyber bullying and that victims of cyber bullying have worse anxiety and depression outcomes than victims bullying offline.

This Mardi Gras season, I’m starting an education campaign against sexual bullying. I want to see kindness, compassion and acceptance go viral. Let’s embrace the power of technology to promote respect for each other, our bodies, our sexual expression and our sexual orientation. Let’s harness our creativity to take a stand against bullying. Let’s transform the toxicity of sexual bullying into an atmosphere of respect and love.

If you have experienced sexual bullying please email me with your story and I will publish it on the campaign website. I want you to have your story heard. Telling your story can inspire and strengthen others.

You can email me at cat@creativesexpression.com 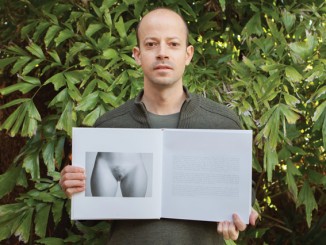