Asking our new Prime Minister all the tough questions, the students from the Economics Q&A Club engaged in thought-provoking discussions.

Year 12 Economics student, Cameron Strauss, called the session “exciting and electric”, with notable questions including School Captain, Saachin Simpson asking Morrison how he aims to achieve a balanced budget by calling for tax cuts. Other topics included how to achieve the targets set by the Paris Climate Agreement, and the benefits of new appointment Philip Gaetjens as Treasury Secretary.

It seems the Year 12 students dabble in fortune telling, with one student asking whether Morrison would contest leadership of the Liberal party should the opportunity arise. Morrison was quick to reply at the time that he was certain that Mr Turnbull would win the next election. Less than a month later, Morrison contested the ballot at the Liberal spill.

Other students like Strauss were more keen on sticking to the economics.

“I was keen to learn how corporate tax cuts would boost the economy, and subsequently suggested more investment in public services or even tax cuts for low and middle-income earners was a better strategy than lowering corporate tax cuts,” he said.

Morrison is the fifth sitting Treasurer to answer questions from the Trinity Economists since 1983. 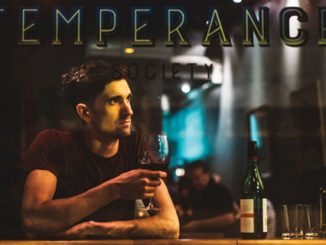