A tail of overfishing and the abundant Australian squid

More than 1 billion people worldwide depend on fish as their primary source of protein. As a result, overfishing rates stand at an all time high; scientists from the Future of Marine Animal Populations (FMAP) program claim that up to 90% of all large predatory fish such as cod, sharks, tuna and swordfish have been depleted.

This is an astounding figure considering the scale of our oceans. We Sydney-siders are coastal dwellers and seafood is an integral part of our diet, however, our oceans are not an endless resource.

It’s difficult to know what to eat from our seas; in general it’s best to say no to the drastically over-fished tuna and go for alternative choices from Australia. Within those choices it’s important to understand which sources are sustainably fished, allowing us to balance our diets with the need for a healthy ocean and a healthy supply of fish for the future.

Here is a brief list of readily available seafoods in Sydney that are classified as ‘SAY YES – SUSTAINABLE’, and compared them to other non-sustainable counterparts.

Wild-caught, Australian squid such as the Gould’s squid, Hawkesbury river squid and southern Calamari are fast-growing, and quick to reproduce. They are abundant in number and are caught by jigging, a low impact, highly targeted method of fishing that has negligible by-catch and impact on threatened species.

Stay away from imported squids. They are usually caught by trawling, a key threat to vulnerable marine wildlife, including dugongs and turtles.

Australian salmon is a fast-growing species wild-caught in many commercial and recreational fisheries around Australia. Fish stock levels are healthy.

Australian salmon is a much more sustainable choice compared to Atlantic salmon. Atlantic salmon is a non-native species farmed in Tasmanian waters. Fish caught in the wild are used to feed the carnivorous salmon, and currently fish used as feed outweigh the weight of salmon produced. Seals are also at risk of being entangled in sea cages.

Sydney rock, Native and Pacific Oysters are farmed in Australia. They have a low overall impact on our oceans.

Black Tiger, Kuruma & Banana Prawns are farmed in NSW and are a sustainable choice. In general, prawn farms are small operations with good management and regulation of wastewater discharge.

However, these prawns wildly caught are usually trawled, and threatened species by-catch remains an issue in all fisheries. It’s best to decline wild prawns and go for Australian farmed.

Imported prawns from Thailand, China, Vietnam and Malaysia are a big no-no as these countries have destroyed vast amounts of mangroves and coastal areas for poorly managed farms.

This list is a tiny sample of seafoods from a huge array of options.

Head to www.sustainableseafood.org.au for a complete guide and downloadable app on sustainable seafood choices in Australia. 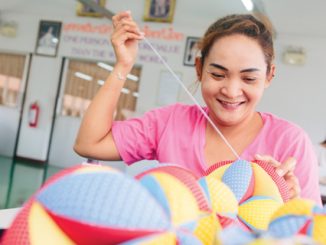