New attractions in Thailand and Japan and a plethora of festivals in Macau. Travel editor Winsor Dobbin has the latest news from three of his favourite Asian destinations.

No visitor in their right mind would dream of driving in Bangkok; a city where traffic chaos is the norm.

The SkyTrain is a good option but only covers certain parts of the city. Taxis are a possibility but the meter can tick over rapidly when trapped in gridlock. The brave might try tuk tuks or motorbike taxis, but now there is a new option for novice sightseers wanting to take in the city’s highlights in a more relaxed style.

Siam Hop is a new hop-on, hop-off sightseeing bus service that covers many of Bangkok’s major tourist sights and entertainment, business and shopping locations. Siam Hop says its service is designed to help tourists plan trips in Bangkok with comfort and safety, as well as making better use of their time. There are four different routes available with HOP Heritage having 15 stops taking in landmarks like the Grand Palace and Wat Pho. HOP CBD comprises 10 stops exploring the Silom, Suriwongse and Charoen Krung business districts, while HOP Entertainment has 10 stops and makes its way through the Ratchadaphisek and Ladprao areas. The final route is HOP Shopping with 14 stops along the Sukhumvit shopping strip.

The Siam Hop app provides useful information on the different routes operated and their schedules, details on tourist attractions in the eight languages of English, Chinese, Bahasa Indonesia, Japanese, Korean, Russian, German and Thai, and updates on hot dining and shopping spots at each location.

Free wifi and USB ports for smartphone charging are also available on the buses, which are air-conditioned, certified by the Department of Land Transport and recommended by the Tourism Authority of Thailand. The service would certainly be ideal for first-time visitors nervous about taking taxis or public transport, and also visits some destinations not covered by the SkyTrain.

Japanese people are obsessed with the Hello Kitty theme.

On a trip to Japan in December, I was asked in all seriousness by Japan Railways West marketers if a Hello Kitty airport train would appeal to Australian businessmen. I had to advise that I thought not. Cue much surprised shaking of heads. My admission that it would appeal to younger travellers only slightly eased the awkwardness. Now, months after Japan’s first Hello Kitty Shinkansen bullet train ran for a limited time, a new Sanrio-themed train has begun service.

The Haruka Shinkansen train runs to and from Japan’s Kansai International Airport, outside Osaka, and the city of Kyoto, which is the fascinating former imperial capital of the country. The train’s exterior features Hello Kitty dressed in traditional Japan attire and colourful flower designs.

The Hello Kitty theme is limited to just one of the Haruka Direct Express Trains, which will be driven on a different schedule each day (and not every day).

The trip will take about 80 minutes in total and will stop at Tennoji and Shin Osaka along the way. 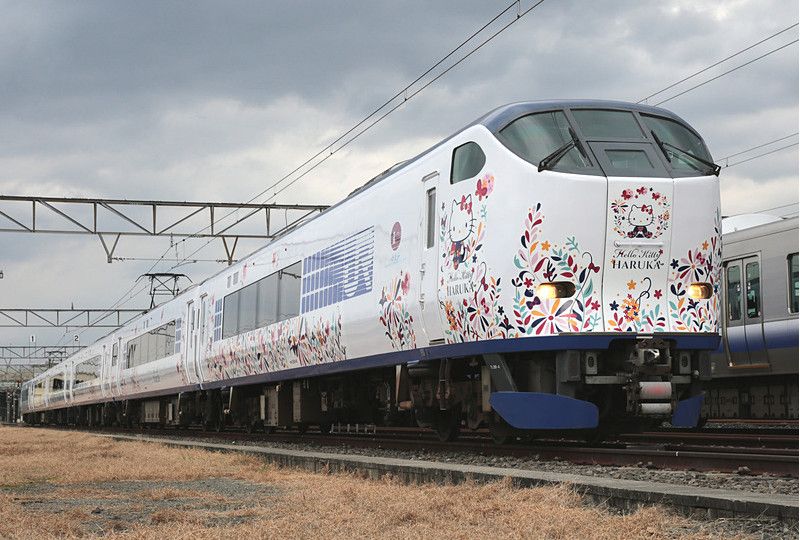 Macao is one of the most fascinating destinations in Asia with its melange of Chinese and Portuguese cultures. The autonomous region is gearing up for a busy 2019 with a calendar filled with a mix of festivals and events to mark its 20th anniversary as a special administrative region (SAR) of the People’s Republic of China.

Much of the limelight will be on Macao’s billing as a member of the elite global list of UNESCO Creative Cities for Gastronomy. The former Portuguese territory and its 650,000 residents are preparing for a year-long program of events that will be headed by mascot Mak Mak, a black-faced spoonbill native to Macao.

Macao will once again host the Asia’s 50 Best Restaurants promotion (March 25-26) at the Wynn Palace Cotai and from April 26-28, Macao will host its 7th Macao International Travel Industry Expo (MITE) at The Venetian Macao.

Food for thought later in the year is the 19th Macau Food Festival, which runs from November 8-24.

Sports fans will have the 66th Macau Grand Prix and the Macao International Marathon to look forward to, while lovers of fireworks will prepare for a colourful evening on December 20 to commemorate the 20th year since the establishment of the Macao Administrative Region.