This little brick hut in Glebe’s Foley Park is no ordinary miniature brick house. It was built in 1934 to provide public radio broadcasting for those who could not afford the luxury of owning an in-home radio. During the 1970s the wireless house was no longer used as a radio broadcasting location and instead was used for council storage.

The Wireless House was re-launched in 2009 by sonic artist Nigel Helyer, supported by the City of Sydney. It was re-made as an audio space to incorporate the Wireless House’s history through broadcasting old radio recordings and oral recounts of historical Glebe. In addition to this, which also integrates the building’s title, the wireless house was transformed into Sydney’s first free outdoor wi-fi hotspot. Ciao. 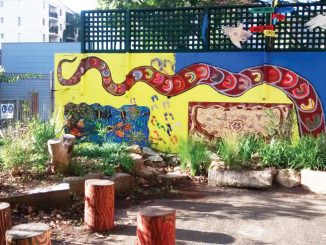