You may have noticed that winter has been delivering some spectacular (and very shareable) sunsets. This image was taken over Barnstaple Rd near the Bay Run. Scientists have explained why winter is the season for sunsets: the air is usually dryer than in warmer months, which affects the way sunlight bounces off air molecules. In general, the molecules will absorb less longer spectrum colours, such as vibrant pinks, reds and oranges, which at the building blocks of any awesome sunset. Air pollution and dust has the opposite effect, causing most of the light’s spectrum to be absorbed, leading to your average blueish, purple sunset. 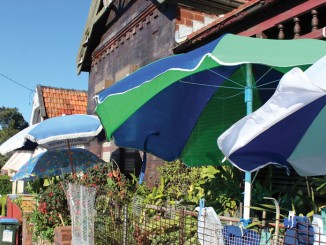