Pavarotti and If Only have both been snapped up for general release. After winning the festival’s Bvlgari Critics Choice Prize, The Vice of Hope (above) definitely should be…

For anyone wanting scuttlebutt about Luciano Pavarotti, there is dirt about, most notably in the book written by his ruthless New York manager Herbert Breslin after the pair parted ways in 2002. It tags the world’s most well-known and widely-beloved tenor as being unreliable and egocentric, a monster who drove his colleagues crazy with impossible demands and tantrums. Really? So all that charm was just an act? But if that’s true, there’s barely the slightest nod to unreasonable behaviour in Ron Howard‘s exhaustive biopic. And even Breslin, who is quoted extensively, is respectful and generous.

It seems likely that Howard (The Beatles: Eight Days a Week – The Touring Years) may even genuinely like his subject. And why not? So did most of the world before the singer’s death from pancreatic cancer in 2007. Pavarotti sold 100 million albums (including the top selling classical disc ever), delighted countless opera fans, introduced millions more to the greatest and most heart-shattering songs ever written, dedicated a great chunk of his late-career work and personal fortune to charity and still left an estate of around half a billion dollars. As the film shows, his charisma, optimism and boisterous charm were contagious, his enthusiasm and sense of wonder a joy to behold. This was a man who used to bring suitcases of tortellini on tour with him, and was determined to share his passions with everyone he met. He was a big man who loved life, and there’s a lot to love about the way he lived it.

But we are so used to rise and fall, warts-and-all stories of our flawed heroes (the Amy, Senna and Maradona films of Asif Kapadi for example) that when an admiring doco like this about one of our popular culture legends comes along – we just can’t believe it. In keeping with the times too, some people would prefer to see Pavarotti’s late-in-life relationship with the much younger Nicoletta Mantovani (below left), one that scandalised Italy and broke up his 40-year marriage, portrayed as just another instance of sexual predation by a rich old dude. (Though clearly they were deeply in love, that much is obvious as they talk about the still-born death of one of their twins). Then there’s his professional relationship with Plácido Domingo, who has just had his US career abruptly ended amidst sexual harassment claims. Surely Howard and screenwriter Mark Monroe could have taken the Kevin Spacey option, and excised him from the final film… Yes, of course! They could have called that section of Pavarotti’s triumphant career “the Two Tenors” instead!

True to form, the gatekeeper of that sort of finger-wagging identity politics The Guardian likened Pavarotti to a “promotional video licensed by a team of copyright lawyers,” and called it “dull.” The sourness of that review and a couple like it (they’re the exception, the film has a generous 85% Rotten Tomatoes score) says a lot about the state of writing about popular culture today. It’s so narky, cynical and misanthropic – all conditions the peerless, incomparable voice and rafter-shaking high Cs of Luciano Pavarotti should be a remedy for. Is it so impossible just to surrender to the emotion of Puccini’s “Nessun Dorma” or the wrenching final aria of “Tosca” when sung by such a virtuoso talent? Not for me. I was close to tears many times during this wonderful tribute. After his funeral, my heart was close to bursting.

It may still be possible to get seats for its LIFF closing nights on Oct 16 and extra screenings on Oct 17 (check here). Otherwise it’s on general release including at Palace Norton St, Central and Dendy Newtown from Oct 24. M ★★★★1/2

It’s always the kids who bear the brunt of it when adults make a hash of things. In Ginevra Elkann’s loving rumination of (maybe) her own broken family, she’s chosen to let eight-year old Alma (a remarkably assured and utterly lovely Oro De Commarque) tell the story – which centres around a shambolic family holiday on the coast of Italy. Alma and her two teen brothers Seb (Milo Roussel) and Jean (Ettore Giustiniani) have lived in a comfortable sheltered home with their separated mother and her devoutly religious new partner in Paris for years, but the kids are due for one of their bi-annual Italian Christmases with their unorganised writer dad, Carlo (Riccardo Scamarcio – much more fun here than in his other two LIFF offerings). Tagging along on their holiday, ostensibly to help with the film script he’s working on is Benedetta (Alba Rohrwacher, just as much fun) – clearly Carlo’s new girlfriend and definitely a loose cannon. Then breezing in at halfway point is Bruce, a loud and bohemian American film producer friend of the family (Fleabag’s Brett Gelman, just as flamboyant here but much nicer), bringing his distinctive blast of high-energy weirdness to the scene.

The beach house is a place the parents shared in happier times, and Alma desperately hopes they’ll get back together, dreaming that this holiday will bring about a reunification. She fantasises elaborate weddings, and even concocts strange religiously-themed rituals to bring it about – drinking pee in one of them (not sure why even an eight-year-old would think that would work). Meanwhile she and her brothers have various boundary-pushing adventures of adolescent self-discovery and (mild) sexual awakening, sometimes with the friendly locals, occasionally with the pot-smoking, light-fingered Benedetta. It’s the perfect long holiday idyll at the beach (interestingly for us Australians, it’s in the depth of an European winter). Even little Alma imagines she’s “in love” with an inappropriately older teenager who owns a moped. Hard to imagine such a relationship being presented today without shrieking alarm bells going off, but such is the cheerful innocence and free-wheeling spirit of this tale (set in 1980 – clearly more innocent times than now) that we hardly notice. In fact the heftiest emotional event is the accidental death of the family dog – and even that is shrugged off with cheerful Italian insouciance.

It’s a delightful film, maybe the best feature and definitely the breeziest of those I saw at LIFF this year – richly deserving of all the love it got at the 2019 Locarno Film Festival. Happily Palace Films have snapped it up for local release next year. CTC. There’s a trailer at the bottom of this Locarno review, and a tantalising (no subtitles) clip of the film here. ★★★★1/2

The Vice of Hope

Edoardo de Angelis’ acclaimed Indivisible (from LIFF 2017) is set on a godforsaken desolate stretch of the Italian coast north of Naples – a garbage-strewn physical landscape as bleak as the relationships of everyone who lives on it. That unforgettable locale is often used by social realist filmmakers to represent the political and emotional state of Italy today. The town is Castel Volturno (also featured in Gomorrah and most recently Dogman) and clearly de Angelis couldn’t get enough of it. His latest film is set there too, and it’s even tougher than Indivisible and either of those two gritty near-masterpieces. And just to make it harsher still, The Vice of Hope is in frigid mid winter when its either raining or just about to. The decrepit port town’s only commerce seems to be people trafficking, prostitution and heroin, its only inhabitants are hustlers. Naturally no one ever smiles.

Though our young hero Maria (above, Pina Turco) does, broadly and heartily, but just once – in a luminous scene as she swirls around on a dodgy looking fairground ride, a rusty relic of the town’s better days. Otherwise she’s seen trudging glumly through the town’s muddy streets dodging icy puddles, going about her business as an apprentice enforcer in a heartless baby-selling racket, one that exists as a by-product of the current massive illegal immigration into Italy. Constantly by her side is her pitbull, just called “dog”, because “she’s a dog,” she explains to the young daughter of one of the North African brothel madams she befriends. The young girl is named “Virgin” (religious symbolism alert) and there’s just a glimmer of the “hope” in the film’s title in the connection they make. But be warned. A more accurate version of that too-polite title (a phrase repeated in the trailer) is “the bullshit of hope”. Dog-lovers definitely won’t like what happens to her faithful companion. And actually, that heart-breaking and gratuitously extended scene was almost too much for me to take.

And yet, and yet – there is beauty and yes, even hope here. Maria is unexpectedly pregnant herself, something she was told was medically impossible, and that’s awakened her conscience and allowed her to see options. Much of the plot, such as there is one, in de Angelis’ and co-writer Umberto Contarello’s meditation on the soul of Italy today centres around her efforts to break free from the ugly confines of the town and its criminality. Some of the symbolism may be heavy-handed (that horse thundering along the black sand beach), but even at their most obvious, they’re all scenes that resonate powerfully. Production-wise the film is just gorgeous – full marks to lensman Ferran Paredes Rubio for evoking such serenity and stark beauty in the dark and drizzly neon-lit hellscape. The score’s North African rhythms are as captivating as they are apt. The Vice of Hope certainly deserved its Bvlgari Critic Choice prize – visually and emotionally it’s a stunner. One thing it won’t do though is sell tourist flights to Italy! M. There are a couple of LIFF screenings left (hurry). Not scheduled for general release – but let’s “hope” it is… ★★★★ 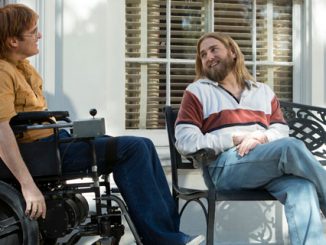 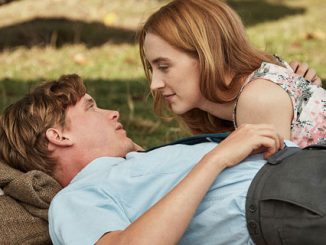 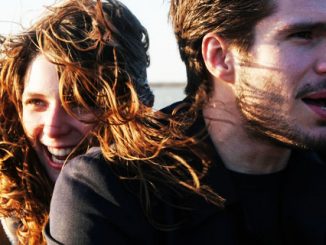