Do you know the individual that hand stitched your favourite peplum dress? Often, a sweeping label disguises that person’s name: Made in China, it may read. With new trends hitting the shelves each season, it’s easy to lose sight of where our most cherished goods come from, especially since we don’t see their origin at all. The Fair Trade movement changes that by giving us a closer connection to even the chocolate we crave.

A movement that began in early 1940s America, Fair Trade emphasizes transparent and respectful exchanges that benefit craftsmen and farmers in third world countries. The goal: to reduce poverty through trade.

“The Standards are designed to address the imbalance of power in trading relationships, unstable markets and the injustices of conventional trade,” explained Craig Chester, Fairtrade Australia Operations Manager. “Today, more than six million people – farmers, producers, workers and their families – from 66 countries benefit from the unique, independent Fairtrade system.”

So, do-gooders new to the Fair Trade circle, curious where to shop? Leichhardt – an accredited Fair Trade Community – provides a sustainable shopping guide on its council website. From large shops like Aldi and Coles to smaller stores like the Tali Gallery (which sells Aboriginal artworks), the guide directs shoppers to 25 local businesses that sell Fair Trade products.

Here’s the catch: while many businesses consider themselves Fair Trade, many of them don’t hold the official Fairtrade Australia certification. It’s not necessarily something that should deter you, though. It can simply mean the store practices most Fair Trade principles, but not all of them.

In Annandale, Me Too Please (a boutique and café) emphasizes ethical products with mainstream appeal and vibrant, artistic flare. Over a cup of Fairtrade tea, the owners Ben and Lisa Joseph will gladly give you a quick tutorial about what makes their products ethical. They’ll also detail the intricacies of patchwork blankets made from saris in India and tablecloths handloom woven in Mexico.

“There’s not licensing or labelling for everything so people wonder, how do I know?” Lisa said. “A lot of it is based on trust, which complicates things, but I do see that there is a large movement for bigger companies having a more ethical stance.”

Boutiques like Me Too Please deal directly with producers and let them set their own prices for the items they make.

The Joseph’s pride and joy is a collection of intricate metal wall hangings produced by a community of 40 artists in Haiti. The elaborate sculptures, which depict angels and scenes of whimsy, are made from recycled oil drums and serve as the major income for the town.

“We strongly feel that you can have commercially desirable products that are ethically produced, it doesn’t all have to be about mass consumption where it is all produced in a factory and is nameless,” Ben said.

Farther west, the Trading Circle in Summer Hill not only sells Fair Trade goods but also prides itself on being completely not-for-profit.

In 1995 the Good Shepherd Sisters — an organization that helps reduce economic inequality for marginalised women — set up the chain of Trading Circle stores around Australia to help women trade their way out of poverty. In addition to Sydney, the store is also located in Melbourne, Toowoomba, Perth, Brisbane, and operates by appointment in Auckland.

Five-year store manager, Linda Rodriguez, enjoys the “shopping with a conscience” aspect of the Trading Circle, which has brought more meaning to her life personally in addition to benefitting the women traders.

“I’ve been in retail for many years and it just doesn’t inspire a lot of humanitarian feelings. I’m very aware of social issues and I just thought I want to be able to benefit my fellow man and environment,” Rodriguez said.

At the Trading Circle you’ll find carry baskets made from telephone books in the Philippines, Peruvian alpaca scarves and Sri Lankan cushions. Rodriguez said eighty percent of the women involved in the project make their sole income on the products they make and sell at the Trading Circle. Also, the company takes a holistic approach by providing vocational training and even childcare to women working at some of their 27 production centres around the world from South America to Africa to Southeast Asia.

Fair Trade represents the power of choice. So next purchase, when confronted with two similar items, consider whose pockets your money will land in.

What makes Fair Trade fair is that everyone benefits: producers earn a living wage and learn vocational skills that sustain them; retailers feel great about their business and consumers get quality handcrafted products while also improving someone’s life.

“It’s such a big world, the stories of individual people you don’t hear,” Rodriquez said. “The world needs some help I think and it’s good we can do something positive.”

In celebration of Fair Trade fortnight, Leichhardt Council will present a special pop-up Fair Trade market on Saturday 18th May from 9am to 2pm selling all sorts of fabulous Fairtrade certified products. From your own community here at home, you can make a difference to the lives of farmers and manufacturers across the world by coming along and supporting the market at Gladstone Park, Balmain (located across from Balmain’s regular weekly market). For more information visit www.leichhardt.nsw.gov.au. 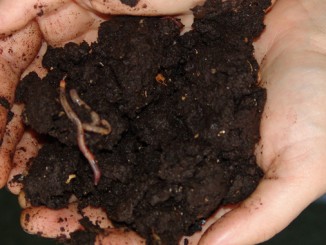 Rant: Is the devil in the detail for the rescue of retail?