Its many attractions, both visual and gourmet, mean the Great Ocean Road is one of Australia’s most travelled holiday routes, writes travel editor Winsor Dobbin.

Victoria’s Great Ocean Road is known for its dramatic ocean vistas, multiple golf courses and, increasingly, for its many wine and food experiences.

This is a diverse landscape, with wild coast either side of the Twelve Apostles contrasting with the lakes of Colac inland, the rolling countryside around Forrest and cute villages like Timboon and Birregurra.

You’ll find some of the nation’s best surf beaches – including surfers’ paradise Bell’s Beach – the rainforests of the Otways, sleepy beach resort towns and  boardwalks with dramatic lookouts over the spectacular coast that has claimed over 160 wrecked ships.

And nestled within the glorious natural landscapes is a burgeoning food and wine industry with a surprising number of boutique wineries, craft breweries, cider makers and cheese producers.

Restaurants like Brae at Birregurra and the charms of Lorne and Apollo Bay are well known and now there are also two major epicurean routes along and inland from the Great Ocean Road; the Otway Harvest Food Trail in the Otway Hinterlands and the Twelve Apostles Gourmet Trail – a 70 kilometre loop that includes wining and dining attractions east and west of Port Campbell.

Explore the Twelve Apostles Gourmet Trail and you will come across gourmet ice-cream and boutique whiskies and spirits at the Timboon Railway Shed Distillery, a range of Victorian cheeses at Apostle Whey Cheese (the views are spectacular) and L’Artisan Cheese Timboon; hand-crafted chocolates at GORGE Chocolates and a range of well-made wines at Newton’s Ridge Estate and Winery.

Further west, the new Gourmet Port Fairy Trail was launched by a small group of artisan producers driven by the knowledge that the small and ridiculously pretty fishing village has become a major destination for foodies over the past decade.

it’s not that easy to find – although you can find abalone farmed just outside of town by Ocean Road Abalone.

GPFT is made up of a diverse group of producers: Basalt Wines, the Pantry Door at Basalt, Merrijig Kitchen, potato farmers Paul and Heather Gleeson, Poco ice-cream and Shaw River Buffalo Cheese, which produces a range of cheeses and yoghurts from its buffalo herd.

The member businesses also include Worn Gundidj at Tower Hill Nature Reserve, which offers one of Australia’s best, but least-publicised, indigenous experiences.

Here you’ll find kangaroos, emus, echidnas, koalas and a range of snakes in the wild in a reserve on the site of a now extinct volcano. Take a guided tour with a local Aboriginal to learn the secrets of the area and about local culture. This was Victoria’s first National Park back in 1892.

Make sure to sample indigenous ice creams and teas, and the delicious kangaroo consomme if some is on offer. An excellent opportunity to try real “bush tucker”.

Back in town, Port Fairy is also home to over 50 19th-century buildings classified by the National Trust and is slow-paced and the perfect spot for a few days of total relaxation.

There are plenty of excellent places for a meal, too, right along the Great Ocean Road as well as on the quieter inland route along the Princes Highway.

Key addresses include Brae, where chef Dan Hunter’s cooking earned him three hats and best restaurant of the year in the 2015 The Age Good Food Guide, Chris’s Beacon Point at Apollo Bay, Al A Greque at Aireys Inlet, and The Stag at Port Fairy, but you don’t need to seek out hatted restaurants to eat well.

Matt Dempsey, who has hats for both Tulip at Geelong and Gladioli at Inverleigh, has just taken over the kitchen at the Lorne Bowls Club, causing much local excitement.

Fusion in Colac, serving modern Australian cuisine and specialising in local and home-grown produce, is part of the movement promoting food and beverages from the region, including beers from the nearby Prickly Moses craft brewery at Otway Estate.

In the bush at Barongarook, Otway Estate is a popular lunch spot with its wide decks and large range of ales and ciders. It also has several comfortable bush cottages (no phone signal, no wi-fi) for those who really want to get away from it all.

Warrnambool is home to pubs like The Whaler and Seanchai (The Storyteller in Gaelic), and popular eateries like Piccolo and Nonna Casalinga, along with local hamburger icon Kermonds, the Pickled Pig and Simon’s Waterfront.

For a fun night out try Piccolo’s six scallops on the half shell with a lemon and tarragon crust, a mammoth chicken schnitzel with prosciutto and cheese, followed by a decadent chocolate brownie  honeycomb ice cream sandwich with salted caramel sauce. Throw in a bottle of local Newton’s Ridge 2012 Pinot Noir and you have a veritable feast.

Port Fairy, too, is a gourmet hotspot, with options ranging from the venerable and atmospheric Merrijig Kitchen (with one of Australia’s most intriguing country wine lists); The Stag, L’Edera, Bella Claire, pizzas and cocktails at newcomer Coffin Sally and a beer or two at The Caledonian Inn, the oldest continually licensed hotel in Victoria.

On the way back down the coast sample the cuisine at the Maple Tree and Mexican Republic in Lorne and you are spoilt for choice.

But this is just a hint of the burgeoning food and wine scene along The Great Ocean Road – also pop into the Gosling Creek winery for lunch and live music on Sundays; sample the range of artisan ice creams at Timboon Distillery or snack on the home-baked dishes at The Pantry at Basalt.

And after a few days of indulgence, where better to end a visit than the Saltair Day Spa outside Torquay, which offers a range of treatments and massages.

Drift House in Port Fairy is a beautifully restored old home just a block from the water with four luxurious suites in different styles. It is beautifully furnished and equipped  (think a maxibar of gourmet treats rather than a mini bar) and within walking distance of all the restaurants and pubs. Drift House, 98 Gipps Street, Port Fairy. 0439 969 281. www.drifthouse.com.au.

Brown Magpie: This nine-hectare vineyard at Modewarre, outside Geelong on the Surf Coast, is one of the most highly rated in the region with a range of styles on offer. Try the Loretta sparkling wine and the pinot noirs.

Dinny Goonan: A father and son team produce an eclectic range of wines at Bambra in the Otway Coast hinterland.  Shiraz and riesling tend to be the standouts here. The cellar door is open daily over the summer holidays, otherwise at weekends.

Blakes Estate: Husband and wife team Roger and Rosie Blake have a boutique vineyard at Deans Marsh that specialises in high-quality pinot noir made in tiny quantities.

Newton’s Ridge:  A well-established quality producer near Cooriemungle, outside Timboon. The cellar door is open seven days during the summer months and the chardonnay and pinot noir are outstanding. 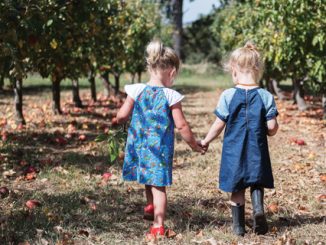 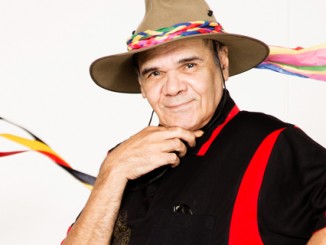