A crumbling 1850s Victorian-era cottage in Balmain fetched $2.68 million at auction this morning. There were five bidders for the uninhabitable offering.

It last sold for $33,500 in 1973, according to research by Property Observer, when bought by the late noted gay lecturer Alexander (Lex) Watson. The price reflected 11% annual growth over the 41 years. It sold today to a local family though listing agent Lynsey Kemp, of Belle Property Balmain.

Marketed as an exciting proposition, the 1854 house is positioned in a no-through lane with an expansive rear yard providing direct access to the waterfront via Thornton Park. Bidding began at $1.8 million. There were 18 contracts issued before the onsite auction.

Balmain East’s average house price is $2 million according to RP Data. The property was marketed as, “an incredible location with water and harbour bridge views, large land size, potential to re-build.” It is listed as being locally significant under the council heritage plan.

He had a long involvement in the Pride History Group, Sydney’s gay and lesbian history group, and was president when he died in May this year.

Another weekend Belle sale on the Balmain peninsula was when 10 Reynolds St, Balmain sold for $1,363,000. It was $113,000 over reserve, according to the auctioneer Rocky Bartolotto, from Auction Services. The bidding opened at $1,150,000 with four parties taking part in the bidding before an investor secured the property through Lynsey Kemp. 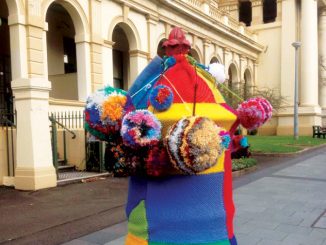