Come along to the 2014 Johnny Warren Memorial Cup this year and cheer on your local council as they make a play for the goal in one of the most anticipated soccer competitions in the Inner West.

Leichhardt Council will be hosting the Johnny Warren Memorial Cup: Council Soccer Challenge again this year at Leichhardt Oval 2 after last year’s great success – both on and off the field, when Leichhardt finally ended Marrickville’s three-year winning streak. To be held on Sunday 9th March, the tournament is expected to even bigger and better in 2014 with councils from across Sydney putting forward unisex teams of council staff to go head to head on the field. In honour of the World Cup in Brazil 2014, there will be a Brazilian theme to this year’s event with teams invited to decorate their base camp in colourful samba style on the day.

All residents are welcome to watch the game, and enjoy some music and food, while supporting a good cause – proceeds raised on the day go to the Johnny Warren Football Foundation. For more information visit www.jwff.com.au.

From March 4th to the 23rd, the newly renovated Palace Norton St Cinema (also Verona, Chauvel and Cremorne) will be screening a carefully curated selection of the best contemporary French films, including comedies, dramas, documentaries; everything from crowd-pleasing blockbusters to daring indies. And once again Ciao has been fortunate to preview some of the films.

It’s the unusual and the non-mainstream fare, the sort of films that don’t end up in commercial release that often catch our eye. Like the dry and smart Domestic Life (see review on the movies page) and Roman Polanski’s latest provocation, Venus In Furs. Also recommended – Gabriel Byrne and the lovely Emmanuelle Devos in Just a Sigh, an unusual romance that really gets under your skin; and Homeland, which neatly turn the tables on the usual refugee story when a French uni student of Algerian background finds he’s “illegal.”

Win double passes to the French Film Festival. Please see our Giveaways page for details on how to enter.

The World of Women Film Festival runs from March 4th to 14th this year and includes over 100 fantastic film screenings, art events and seminars. Join in for a premiere screening of Aussie doco ‘Rock N Roll Mamas’ at The Vanguard in Newtown on March 10th and follow the story of three indie rockers – Kristin Hersh of Throwing Muses, Zia McCabe of The Dandy Warhols and hip hop artist Ms.Su’a – striving to follow their dreams while raising their children.

Discovered is an annual event held at Marble Bar where local musicians compete for the coveted prize of a 2-month residency at this iconic venue. The first round of judging is done by the general public, that means you, where everyone can vote for their favourite acts. The top 5 acts will then compete live and head-to-head on Wednesday 26th March at Marble Bar. This is a great opportunity for all budding musos so if you have a song in your heart, make sure to share it with Discovered!

For more info or to upload a demo, visit Marble Bar’s Facebook page.

Get ready for the giant neighbourhood garage sale taking place across the Inner West over the next two months. Whether it’s toys, clothes, kitchenware, or just some cute knick-knacks you’re after, you’ll find it at SecondHand Saturday. The first event will take place on March 8th in Balmain and Birchgrove, the second on April 12th in Rozelle and Lilyfield and the third May 10th in Leichhardt and Annandale. While sellers are limited to their own date and suburb, shoppers can be part of any day.

To join or for more information visit www.leichhardt.nsw.gov.au.

A Taste of Sydney returns to Centennial Park for four sumptuous days of alfresco dining this year. Enjoy a feast for the senses and create your ultimate tasting menu from the great restaurant line-up including Popolo, Biota Dining, Bloodwood, 4Fourteen, AKI’s Indian Restaurant, Chur Burger, Efendy, Jonah’s, Longrain, Muse Restaurant, Porteño and many more. Watch chefs live at the Taste Kitchen, take a hands-on class in the Lurpak Cookery School, or discover a world of flavours in a Celebrity Cruises Food Matching session. Plus over 100 artisan producers provide a bounty of the best food and beverages, so come along and shop while enjoying live entertainment and soaking up the festival atmosphere.

To WIN a double pass to Taste of Sydney (valid for any session of the festival), please see our Giveaways page for details on how to enter.

Council’s premier outdoor event, the Carnival of Cultures will run from 10am to 4pm at Ashfield Park on March 16th and is a great way to spend a Sunday out with the family. Attracting around 20,000 people last year, this event celebrates the local community and its diversity. There will be free entertainment all day long including cultural performances on the Main Stage, children’s entertainment including pony rides and a jumping castle, international food and market stalls as well as community displays and information on local services.

For the first time ever, dozens of anarchist groups from across Australasia will be converging on Sydney for an ‘Anarchist Bookfair’ to be held at the Addison Road Community Centre, Marrickville, from 10am to 5pm. This celebration of radical culture is expected to draw a crowd of hundreds with stalls, workshops and vegan/vegetarian culinary delights on offer all day. There will be bookstalls carrying an array of radical literature, information stalls from a number of campaign groups and talks from key speakers including journalist Wendy Bacon and Michael Schmidt, co-author of Black Flame. A free childcare service will be provided to attendees so feel free to bring the kids along.

Boomalli gallery is flying the flag for Mardi Gras 2014 with Black Rainbow, which showcases a new collection of passionate artists and their multi-coloured works. In Aboriginal culture there lives The Rainbow Serpent, one of the oldest continuing religious beliefs in the world. In some cultures, the Rainbow Serpent is male – in others, female, and in yet others, the Rainbow Serpent is an androgynous entity. The Black Rainbow will hold and dance with your senses, inclusive of all otherness and great spirit. Come along and check out work by artists Jeffery Samuels, Arone Raymond Meeks, Karla Dickens, Adrian Wills, Elaine Syron, William Yang and Jenny Fraser, just to name a few. 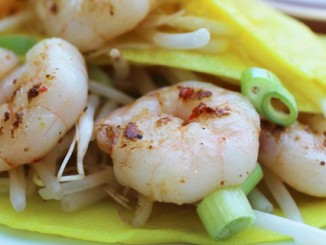