What if you could turn the fear and loathing of dating into a philanthropic and altruistic exercise? That’s what the Australia-wide Five in Five campaign has proposed: sign up, find five dates, pester your mates for donations, crap your pants, and then go on all the dates within five weeks. Whether you find true love or just a luke-warm bowl of spaghetti is irrelevant, as all the money raised will go to a very worthy cause – supporting culturally and gender diverse youth at risk in Australia’s cities. In 2012 Five in Five made $46,000 for Whitelion and St Kilda Gatehouse.

79% of the participants in last year’s round of Five in Five said that dating for charity was more enjoyable than other dating experiences they had. A bonus feature of Five in Five is that your friends pick who you date, not a virtual app that matches people based on “tastes” or “hobbies” (which everyone makes up, anyway).

The Five in Five 2015 campaign kicks off this Valentines Day with two events in Sydney. Thursday 12th Feb Five in Five will be at Mrs Sippy in Double Bay from 7-9pm, with free drinks upon arrival. The following night Five in Fivers can be found at The Loft in Darling Harbour from 8pm onwards.

You can sign up at www.fiveinfive.org.au. Registration closes on March 21st.

City of Canada Bay’s annual e-waste drop off day will be held at Cintra Park on Crane Street, Concord from 9:30am-3:30pm on Saturday 14th February.

Due to the exponential growth of new technology, most people tend to replace their electronic goods on a frequent and regular basis. Unfortunately, many of these people choose to simply dump their unwanted computers, TVs and the like and this has caused serious pollution problems in landfill sites. That is why the City of Canada Bay council holds their annual e-waste drop off day, to give residents the opportunity to thoughtfully dispose of and recycle these items, which last year resulted in 44.35 tonnes of waste being collected. Mayor Angelo Tsirekas and the entire council urge locals to take part, but ask that they make sure to take note of what can be recycled at this event: household items such as irons, kettles, vacuums, DVDs, TVs, game consoles and computer equipment can be dropped off while white goods such as fridges, lighting and broken glass and chemicals cannot be recycled.

For more information on this event and other ways to recycle, visit http://council.cleanaway.com.au/canadabay/recycling-matters/e-waste.aspx

Described as the play that “celebrates Sodom like there’s no Gomorrah”, Mark Ravenhill’s Mother Clap’s Molly House is a riotous satire that explores the diversity of sexuality and the universal desire for family. The play takes place over two time periods: the first in the early 18th century where Mrs Tull, the owner of a struggling frock shop, opens up a ‘molly’ house – a brothel with boys in drag – and the second takes place in the modern day as a gay relationship starts to crumble amidst the drugs and toys of a sex party. Bursting with outrageous characters, bawdy songs and handsome men, this play is as entertaining as it is camp. Tickets start at $17.

• For more info or to make a booking, visit www.newtheatre.org.au/mother-claps-molly-house/

Cricket at the Royal

The Cricket World Cup is on again and throughout February, there is no better place to watch it than at the Royal in Leichhardt with every game shown live and for free in the main bar. More than that, anyone who purchases a Carlton this month will go into the draw to win the ultimate Boys Day Out package – lunch for you and three mates at the Royal then off to the grounds to see one of the games live!

Opening on Valentine’s Day, the new wickedly black comedy The Plot by Sydney playwright Evdokia Katahanas will lift the lid on nursing home practices. Following the story of facility manager Lily after the sudden death of one of the residents, this play explores ethical questions and the moral decisions each character is prepared (or not prepared) to make. This savagely funny production will hit close to the bone for anyone embroiled in workplace politics and double-dealing, using the nursing home as a microcosm of the world at large. Tickets are $35 per person.

• To make a booking, visit www.trybooking.com/GKGW

Soon we will be entering the Year of the Sheep and Ashfield Council has decided to celebrate in style with an event open to the entire public. Head on down to Ashfield on Chinese New Year’s Day to treat yourself to a fantastic array of traditional and modern entertainment, finishing off with a performance by Neo the Magician and his famous, indescribable face changing trick!

Running from 6pm till late at UTS’ Broadway Campus, O’Fest is an annual outdoor music festival that is all about having one last party before the semester begins, and what a party they are throwing this year. Headlining the festival will be San Cisco, the indie pop four piece from Fremantle, who will be performing their latest single RUN from their upcoming second album. Second on the bill is The Kite String Tangle with dance floor movers Aston Shuffle, as well as plenty of other fantastic, upcoming local bands and artists. Tickets start at $40.

• To purchase your ticket, go to www.activateuts.com.au/ofest

Art gallery 55, located at 55 Sydenham Road in Marrickville, has taken a new model for 2015, one that is very much long term orientated. This gallery has given nine artists the opportunity to take on two separate exhibition slots over the next 14 months, thus giving these artists longevity and the chance to foster their projects while being unmediated by commercial restraints. Opening night will run from 6pm until late and should be a great time to see what these upcoming artists can do.

Is your house plagued by young hooligans armed with spray paint? Have you woken up to see some idiot’s ridiculous tag on your freshly painted white wall? If so, make sure to head to Marrickville Council’s Graffiti Proofing Your Property Workshop, running from 9:30-11:30am at Councils Work Depot at 15-17 Unwins Bridge Road. This workshop will cover topics on your rights as a property owner, the easiest way to remove unwanted graffiti and how to commission an artist to replace unsightly tags with a gorgeous mural. This workshop is free and each attendee will receive a complimentary Graffiti Proofing Kit.

• To make a booking, go to www.trybooking.com/GLMW 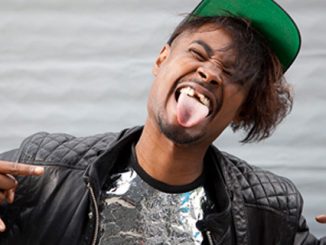 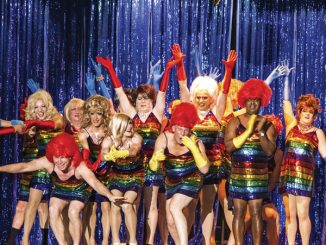