• Long time Inner West institution, the Oxford Tavern, is about to be gentrified. Quietly perched opposite the police station at the top of Crystal Street in Petersham (just around the corner from Marrickville Council HQ), the hotel is famous for its lingerie waitresses as well as its annual Golden G-string Competition. Known locally as “The Swinging Tit,” the Oxford has been taken over by property developer Greg Magree.
Magree successfully made over The Norfolk Hotel in Surry Hills and is the owner of the hugely successful Porteno restaurant (also located on Cleveland Street). Magree can smell a bargain and has a knack for transforming an unattractive space into a hipster’s paradise. It was only a matter of time before the highly saturated Newtown hipster hangs moved further afield to Petersham.

• Trolley madness in Leichhardt? If you thought all local trolley men could be trusted, think again. The average trolley costs $150 and it seems there is a big black market for them. In fact, twenty Leichhardt branded trolleys were recently found in Rockdale – and let’s just say they didn’t get there on their own.

• G-Fitness Drummoyne has stopped trading at its lovely Drummoyne Waterside location. After 18 years the owner of the building decided to transfer the lease to a private restaurant operator (who no doubt, was willing to pay more rent).

• Annandale’s Village Providore has left a void in the suburb after recently disappearing in a hurry. Locals say that the place has never been the same since the new owners took over about 12 months ago. Declining sales and service may be a reason for their rapid departure. 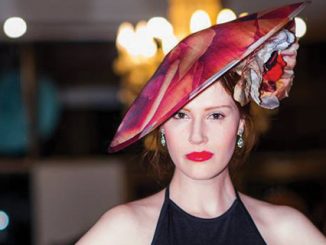