Is the G20 summit just a joke? Ciao readers attempt to answer this troubling question for us…

• “Of course it is!! They already know the future of the world, I’m not talking about the ministers but the people on top of them!!!” Giuseppe

• “Can’t say I know too much about the G20 but I sure would have loved to see dear old Tony and Putin in a brawl.” Maximilian, Newtown

• “I think all the legwork is done behind the scenes and months in advance. The actual summit meeting is networking between government leaders and officials.” Michael

• “If ever there’s an opportunity for world leaders to come together and talk instead of just rattle sabres across oceans, it is a good thing. But the agenda set by the host squandered that opportunity.” Bibek, Dulwich Hill

• “The lack of Indigenous representation, or any mention of Aboriginal and Torres Strait Island people at an event hosted on their land, is certainly not a joke.” Jenny, Stanmore 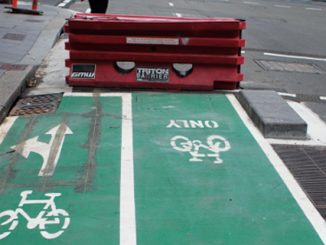 The Verdict on Earth Hour