Have you ever been caught out re-gifting?

“Panettone is always going around in circles.”
Enza, Five Dock.

“That’s why you always secretly mark the bottom of panettone – to make sure you don’t get it back!”
Louise, Haberfield.

“Oh yeah! I’m guilty of that! Just did it over the weekend but can’t divulge anymore information for obvious reasons!”
Maria, Five Dock.

“Never been caught out, phew…Although I don’t think it’s such a bad thing if you’re not going to use something, better that it doesn’t go to waste!”
Jamila, Ashfield.

“No. The secret is to re-gift to people that don’t know the person who gave you the gift in the first place. You’ve got to be strategic!”
Tom, Newtown.

“What an embarrassing faux pas. I’ve never re-gifted and wouldn’t do it for fear of being found out.”
Emma, Wareemba.

“I know someone that re-gifted a birthday present at a party, forgetting that they had received the gift from someone who was going to be at the birthday party also. Luckily, the original gift-giver didn’t say anything to be polite but I think re-gifting is for tightwads.”
Francine, Burwood.

“The ultimate Christmas time embarrassment. I think it’s only OK to regift if you’re certain you won’t get caught.”
Jenny, Newtown. 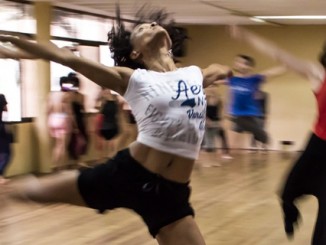