We ask riders, drivers and pedestrians what they think…

“Yes, if it takes them off the roads. I only drive so I’m rarely on a footpath.” Andrea Barros.

“I cycle on the footpath but if it is an extremely quiet road or a steep downhill I ride on the road. Drivers are frustrated and I don’t want to be hit by a car… I ride on the footpath because I know that if a car hits me at 60km/h, whether I’m wearing a helmet covering half my head or not, I will most likely die. I catch a bus everyday too and I’m sick of seeing hippy girls on a one gear bike and slow tired cyclists holding up traffic. And on the other note, skateboards and hand scooters are allowed on a footpath, why not bikes?” Antonio Guarrera.

“Yes, I mostly ride on the footpath because I either can’t keep up with traffic or I’m asking to be injured.” Julius Ruaya.

“With bit of forethought and planning the busy roads can usually be avoided when riding a bike. Bike riders and car drivers usually can share the ride quite nicely. Footpath users, especially in shopping strips should not be sharing the footpath with bike riders. People who are ‘rarely on a footpath’ probably aren’t well qualified to comment. Cars arrived on roads after bicycles don’t forget.” Patrick Wark.

“The road should be available to all. Horse and cart included. It is the legal and moral duty to use roads safely.” Simon Emsley.

“Yes – as long as riders ride slowly and with care when there are pedestrians sharing the same bit of footpath. Car and truck drivers seem to have little regard or respect for the lives of bicycle riders, that is for sure.” Robert Fretwell.

“Bikes aren’t allowed on the footpath now, except for children or adults accompanying children under 12. There’s no call from anyone, anywhere, for this to be changed. Cyclists want respect on the road, not to ride on slow and congested footpaths. This is not a debate.” Simon Sharwood.

You and your stomach's footprint 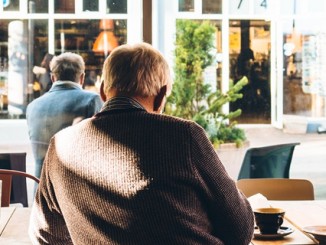