Bangkok has returned to normal and remains one of the world’s great gourmet destinations, travel editor Winsor Dobbin discovers.

Celebrity Thai chef Pitaya Phanphensophon (pictured right) is creating quite a stir as he guides us around Pak Khlong Talat market in Bangkok. The TV chef and author, CEO of the Coca Group and founder of the Mango Tree chain of restaurants, points out the lushest fruits and freshest vegetables and admires indigenous ingredients like apple eggplants and water chestnuts.

Open 24 hours a day, 365 days a year, and adjacent to the new Thai Heritage Trail and Yodpiman River Walk tourism complex, the market sells all manner of fruits, vegetables and multi-coloured flowers. It is busiest before dawn, when boats and trucks arrive from nearby provinces. It’s off the radar of most visitors and less visited than rival Khlong Toey Market. It is here on the banks of the busy Chao Phraya River that the chef Khun Pitaya is planning to build the latest of his Mango Tree restaurants that will soon make their debut in Sydney and on the Gold Coast.

Khun Pitaya plans to add market tours and a cooking school to his latest venture, making it easy for visitors to get up close and personal with Thai cuisine from the many different regions of the country. Bangkok is one of the great gourmet destinations of the world; a city where you can spend a dollar or two on delicious street food, or $100 or more at one of the world’s best eateries, David Thompson’s Nahm, which was recently named as the No.1 restaurant in Asia.

As in any Asian city it pays to be cautious when consuming food from street vendors but if you choose the ones with the longest queues of locals and choose dishes that are cooked in front of you then you should be fine.  Among the best places to sample street food is Sumhumvit Soi 38, a laneway near the Thong Lo BTS station where the dishes vary from the Pad Thai to noodles simmered in pig’s blood. Either will cost less than a couple of dollars. Favourite street food dishes (and most sois, or laneways, have a few food carts or small eateries) include a range of noodle dishes (between $1-2), chicken skewers marinated in spices (around 35c a skewer), tod man pla (fish cakes), hot, clear soups, or maybe some poh pia sod (rice sheets stuffed with Chinese sausage and tofu), or a range of satays and curries.

For those inexperienced with Thai flavours, the Mango Tree restaurants make for an easy introduction – particularly the original restaurant which has, you guessed it, a Mango Tree in the courtyard. Here, think authentic but approachable dishes like watermelon with dried fish, lobster with lemon-grass, young coconut, chilli and tamarind, stir-fried sa-to (rice wine) with clams or even a green chicken curry, albeit made with home-made pastes and free-range poultry – not something you find at most food stalls. Thai-style tapas dishes have been added to the menu at the OP Garden offshoot of Mango Tree; think dishes like sai oua (Northern Thai sausage) or maybe moo ping jim jaew (grilled pork neck). Mango Tree operates 70 restaurants in 15 countries in Asia, the Middle East and the United States. And it aims to grow beyond 100 outlets by 2015 – hence the interest in Australia.

More adventurous diners and those with a greater tolerance for extreme spice, can head away from the tourist quarters and into the Town district for some mouth-numbing southern Thai dishes at Junhom, a hole-in-the-wall eatery catering almost exclusively to locals paying around $3-4 a dish. Here the food is intensely, insanely hot (and often fermented). It has been described as being like “an internal inferno” and is recommended only for the crazy or brave.

At the other end of the scale is Nahm, acclaimed Australian chef David Thompson’s eatery in the Metropolitan by Como Hotel, overlooking the swimming pool. Thompson took the concept of traditional Thai street food and turned it into an art space. It is a super-cool setting with world-class service. OK, the bill will set you back a fair bit more than you’d pay for street food but mains at lunch cost around $20 and there is a set menu for 1100 Baht per person (around $40, which is ludicrously cheap for food of this quality). I sampled dishes like blue spanner crab with peanuts and pickled garlic on rice cakes; clear soup of roast duck with basil and coconut; followed by stir-fried pork with dried prawns, apple eggplants and chilli. The menu is much more extensive, but not much more expensive, in the evenings. There’s an excellent drinks list, too, and some stunning cocktails. Try the dangerously drinkable Bramble (vodka, lime, sugar, crème de mure).

And, for those with more traditional food sensibilities, they can sample Guy Grossi’s Thai outpost Grossi Trattoria & Wine Bar at the InterContinental or check out the superb city views and enjoy charcuterie, a selection of world-class cheeses and French-influenced food at Scarlett (pictured top of page) on level 37 of the Pullman G Hotel.

So, appetites whetted, to the question many of you have on your lips: How safe is Bangkok right now?

I visited in mid March, spending five days in and around the pulsating Thai capital. It was a trip I was initially very nervous about taking. All of us have read about the ongoing political demonstrations in Thailand; road blocks, physical clashes and even a grenade attack.

Thailand has seen months of anti-government rallies aimed at ousting Prime Minister Yingluck Shinawatra’s embattled administration – and much negative publicity. My local contacts assured me that Bangkok was perfectly safe, but I nonetheless arrived expecting to find tight security and a heightened sense of unease as red shirts and yellow shirts prepared for more battles. What has received far less coverage than the recent clashes, however, is the fact that all the demonstrators who were blocking major intersections have now based themselves in one spot: Lumphini Park. Avoid Lumphini and chances are that you, just like myself, will see absolutely no signs that anything is amiss.

There are a few security checkpoints near major intersections; manned by smiling military but I’ve seen tighter security at Harare steak houses. At the airport: nothing out of the ordinary; at my hotel, the excellent Pullman Hotel G, nothing at all.

So what is it safe to do right now in Bangkok? Providing you take routine precautions that you’d take in just about any foreign city (and pay attention to Department of Foreign Affairs advice), I’d say just about anything that you would normally do. From the Wat Po (reclining Buddha) Temple everything was calm, right down to monks clutching iPhones. The Sky Train was operating as normal; the Patpong Night Market was alive as always. Shopping venues, from the swish malls to the weekend Chatuchak Market, all appeared to be operating as normal too.

It was clear that life (for now anyway) is pretty much back to normal. And the good news for tourists is that with numbers down for the moment (the city attracts close to 20 million tourists a year), there are plenty of great hotel deals to be had – and flights are easy to book. 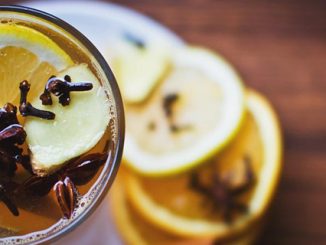