The twenty six new films in this year’s Cine Latino Film Festival at Palace Cinemas include some of the most eagerly awaited critical favourites of the year, a fair smattering of festival award winners as well as an all-time-favourite oldie. Really, there’s too many to choose from – it’s impossible to select just five. But we’ll have a go anyway…

Alfonso Cuarón has certainly come a long way since his breakthrough box-office hit Y Tu Mamá También (above) blasted its way across our screens introducing the world to its then young stars (Gael Garcia Bernal and Diego Luna) and the undeniable joys of masturbating in unison in swimming pools. It’s probably that scene (actually on a diving board) which viewers will most remember from the 2002 film, one which contains a fair amount of (more conventional) steamy sex. On the surface it’s the story of the two Mexico City adolescents’ pursuit of an older and more experienced woman, 28-year old Luisa (Maribel Verdu) while on a road trip to a mythical “perfect” lonely beach – one which they discover, once they arrive, is about to be decimated by developers. Though of course it’s also about much more – the extreme economic disparities of contemporary Mexico, the fragility of youth and the painful finality of death. This divine, exuberantly wonderful film deservedly cemented the gifted director as a global arthouse superstar, and makes a perfect festival closing night event. LA Weekly called it “Easily one of the sexiest and funniest films about class struggle ever made,” though noted critic Roger Ebert probably sums up its importance best: “Some critics have observed,” he wrote, “that Y Tu Mama is one of those movies where ‘after that summer, nothing would ever be the same again.’ Yes, but it redefines’nothing’.”

There are three additional screenings of the festival opener in Sydney – Alfonso Cuarón’s latest film, the stunningly photographed Roma, though the buzz surrounding it is so intense it’s highly likely they’ll sell out. Writing in The Australian. David Stratton called it “perhaps the major cinema experience of the year so far,” and he’s not alone in singing the praises of the Venice Golden Bear award winner. “No one else is making movies like this today,” says Stephanie Zachary in Time magazine, who goes on to label this extraordinary film “glorious and tender.”

It’s a highly personal project for the Academy Award-winning Gravity writer-director, detailing a year in the life of a middle class family in Mexico City in the 70s. Shot in high-resolution wide-format 65mm black and white film, it’s also the sort of film that demands to be seen on the big screen, yet its Netflix production and distribution arrangement probably means it won’t be, at least by many. The streaming giant has hard and fast rule about simultaneous digital access for the projects it funds, although in the US, it is getting a limited cinema season in order to qualify for it’s inevitable multiple awards. Who knows what will happen here… maybe you should just grab your chance while the festival is running.

In the popular imagination, drug warfare and Latin American life are pretty much synonymous, but this extended family crime saga is one totally out of the box. Birds of Passage is the latest feature from the creators of the Oscar-nominated Embrace of the Serpent, Ciro Guerra and Cristina Gallego, and it follows the slow and steady destruction of a proud and close-knit indigenous family after it gets involved in Columbia’s drug trade in the 1970s.

Initially that happens when an enterprising young man named Raphayet (Jose Acosta) notices that the American Peace Corp volunteers are more interested in purchasing cannabis from the locals to sell back home than “saving them from Communism.” What really sets this tragic saga apart is the painstaking way it reveals how US capitalism’s insatiable appetite for drugs devastates the communities at the very start of the supply chain. Writing in Variety, Peter Deburge calls it “visually stunning and often surprising” and his high esteem is shared shared by just about all of Rotten Tomatoes’ reviewers. Local distributors Palace Films have picked this muscular, slow burn feature for general release next year, but why wait?

Argentina’s official submission for this year’s Best Foreign Film Oscar El Angel is a crime drama set in Buenos Aires the 70s which introduces us to Carlitos (Lorenzo Ferro), a baby faced 17-year-old who over the course of the film, goes from a well-loved middle class boy from a posh suburb of Buenos Aires to one of the country’s most notorious serial killers. Remarkably this is also a true story.

Director Luis Ortega charts the boy’s progress as he teams up with a classmate Ramon (Chino Darín, son of An Unexpected Love’s Ricardo Darín) and goes on to murder eleven people in an irresponsible crime spree. “Ortega has a real eye for flashy, chaotic set pieces and a real ear for excellent Latin rock needle drops on the film’s killer Scorsese-inspired soundtrack,” writes Entertainment Weekly’s reviewer, while another claims it’s “sensuous enough to suggest the work of Pedro Almodovar.” Most critics have been impressed with its superbly accomplished post-Tarantino blood-thirst and skilful blend of sexual ambiguity although some would liked a little more insight along with all the amorality. What we get, according to the New York Times, is “an invitation to gaze into a terrifying black hole.” But if its stylish enough and has a chuggin’ soundtrack, for most of us that will do fine…

Latin America’s best-known star Gael García Bernal stars in The Accused, the latest film from auteur director Gonzalo Tobal. Acclaimed at the Toronto International Film Festival and nominated for Best Film at the 2018 Venice Film festival, it’s the story of a young woman called Delores (played by Argentinian singer Lalí Espósito) who faces the scrutiny of the entire nation after she’s accused of murdering her best friend.

The story has some similarities with the infamous Amanda Knox case, involving casual sex, a brutal murder and irresponsible youth, but this is no by-the-book courtroom drama. In fact Tobal’s focus is less on the did-she-didn’t-she aspects of the crime than the justice system itself, the distorting role of the media and the narrative she, her family, their lawyer and advisors try to spin. The biggest problem for her fiercely supportive family may be the chilly Delores herself, who doesn’t play along with their tactics, and as the trial progresses, tensions and family secrets emerge while doubts and suspicions grow… Screen Daily called this satisfying mystery “quietly engrossing,”  a movie of “slowly dawning discoveries” while Variety proclaimed it, “dependably handsome and pleasingly involving,” adding that it, “hits the right buttons as it keeps audiences guessing.”

In Sydney the Cine Latino Film Festival screens from Thursday Nov 15 to Wednesday Nov 28 at Palace Norton St, Palace Verona and Central. Check out other states’ venues, dates and the entire program here. 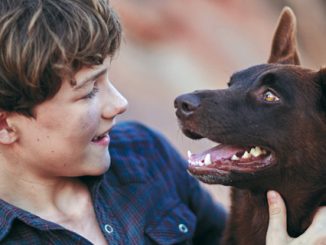 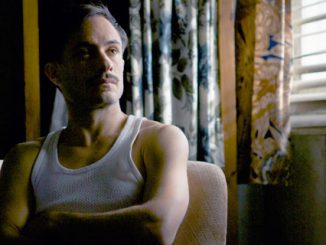 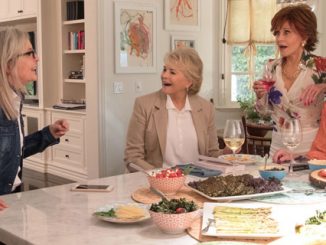