A festival to explore two cultural identities that both run deep and, at times, together – Double Belongings is an artistic, intellectual and social event celebrating Italian Australians’ enormous contributions to the story of our Inner West community.

The Festival, taking place over three weeks from October 30th to November 15th, will be held at the Italian Forum in Leichhardt.

Inspired by a group of individuals and cultural associations with a desire to promote Italian language and culture, as well as tell a few of the stories of la dolce vita’s introduction to Australia, Double Belongings is like no festival that has come before it.

What does it mean to be born somewhere and belong somewhere else, or feel at home in the strangest of places? Put together in collaborations with three theatre companies, Italian migrant associations, numerous academics and artists, Double Belongings is sure to bring a whirlwind of ideas to the area once unquestionably known as “Little Italy.”

By Luigi Pirandello, Liolá is set in a Sicilian village in 1916. Most of the village is made up of women as their husbands have sought work elsewhere…except Liolá who finds the female inhabitants of the village too fascinating to leave! When an ageing landowner asks Liolá to provide him with a child from one of Liolá’s innumerable conquests, Liolá sees an opportunity to inherit the landowner’s estate for the benefit of his own sons. Although it might sound fun, this is a raw and poignant drama delivered in its native Italian by the Bottega D’arte Teatrale. 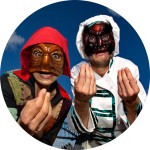 Fools in Progress use all the hilarity of Commedia Dell’Arte to bring audiences a tale of love, mischief and utter idiocy to the Italian Forum. Pantalone, rich but (let’s face it) ugly, has become Innamorato with the most beautiful and poetic woman in town, Isabella. Isabella is Innamorata with the most beautiful and poetic boys in town, while Arlecchino, Pantalone’s Puk-like servant, really just has to deliver Isabella a very important scarf. Thanks to Arlechinno’s delightful clowning, and the scarf going M.I.A., the love triangle begins to rupture – as does the lovers’ sensibilities. This is one story you could understand in any language (it’s in English) and is great for bambini and nonnini alike.

Reminiscing on the days of Italia’s ‘Film d’Autore’ and France’s cinematic ‘New Wave’, Cinema! is a concert of songs from the most well-loved European movies of the ‘50s and ‘60s. Sydney singer Nadia Piave and pianist Mauro Colombis have put together a nostalgic concert celebrating the works of Nino Rota and Georges Delarue and other canzoni who cannot be forgotten. This concert is for those whose heart has never skipped a beat for so long as when they saw Sophia Loren sing Hugo Friedhofer’s ‘Boy on a Dolphin’. Ah, let old hearts sing again!

In what directly translates to “The Finale Night in Musical Marmalade” (or, the closing night ‘jam’) Double Belongings will take a bow with some of the most delicious voices on this side of Stanley Street. Headlining the night’s revelries is vocalist Virna Sanzone, known for her deeply soulful voice and technical prowess. Born in Sydney, to a Sicilian father and an Armenian/Chaldean mother, Virna has capitalised on her diverse musical knowledge to become one of the most acclaimed jazz singers in Australia. Nico Caruccio will also be making an appearance with all the Passata Day staples (such as the ubiquitous ‘Volare’), as well as up and coming Italian Australian performers of folk and melodic styles. 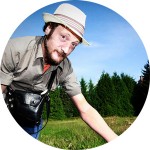 This lesson will take place, as the Romans say, in situ. Go for a family, wheelchair and pet-friendly stroll in the park with naturalist Diego Bonetto who will show you how to use locally occurring wild foods in your next meal. To some plantain, dandelion, chickweed and sow-thistle are a nuisance, to others they are a delicious salad and a seasonal treat. Learn all about the edible species growing in your garden, along the green belts and in parks throughout this interactive journey through Callan Park.

On July 5, 1920 Harry Crawford was arrested and charged with the murder of his wife, whose body had been found off Mowbray Road in Lane Cove, Sydney. But Harry was not, in fact, Harry. He was Eugenia Falleni, a woman who had lived as a man in Australia for 22 years. In this unique and insightful lecture, delivered in Italian and English, Crown Prosecutor Mark Tedeschi will explore one of the most extraordinary criminal trials, and extraordinary accused persons, in Australia’s legal history. Capturing what life was really like in Eugenia’s times, Tedeschi reveals how the full weight of the law and public opinion came crashing down on her, branding her a complete outcast and a serious menace to the moral fabric of society. 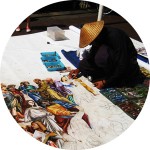 Thursday 30th October, one day only!

Madonnari are a type of street busker who, rather than using music, use paint to tell incredible stories. Traced to 16th century Italy, they were once a prominent class of artists who would serve as the muscle on big projects in churches and palazzi, then make money in the off-season by reproducing those frescoes on city pavements, to the awe and wonder of passers by. In the tradition of the Madonnari, Pepe Gaka will be recreating some of Italy’s favourite artistic moments on huge canvases to be dispersed around The Forum. All of his works will then be donated to charitable organisations.

Marcello Araldi Free to be

Marcello Araldi always thought he would follow in the footsteps of his parents who migrated to Australia and became dedicated dairy farmers. However, a near-death accident changed all that and Marcello was set on the path of an artist. Marcello travelled extensively in Europe and the Middle East, visiting the culture and family in Italy his parents had left. He developed a huge interest in symbolism, spirituality and monasteries, all of which his art explores specifically utilising the technologies of Renaissance painting, such as fresco and gold leafing techniques.

Other highlights that are not to miss:

To get tickets to any of these events visit au.patronbase.com/_ACASydney/Productions or call 0412119061. For more information visit: www.doublebelonging.com 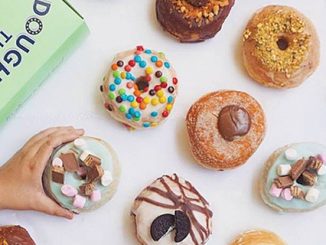