So how does fourth-wave feminism  relate to food? This week, two things happened. Firstly, a fantastic T-shirt with the slogan ‘The Future is Female’ I’d ordered online from an LA shop arrived. Secondly, a friend who works in the restaurant industry pointed out to me that the Noosa Food & Wine Festival, which takes place annually in its namesake town, had just announced its line up. On that line-up 41 chefs were announced. How many are female? Just one.*

That’s right. ONE FEMALE CHEF. Obviously, the future won’t be arriving anytime soon in the world of food. Now, without getting into the politics of a male-dominated industry and the logistics of availability, it still absolutely bakes my noodle that just one out a host of talented, strong, successful and inspiring women in the Australian restaurant industry will be involved in a food festival dedicated to celebrating what’s great about food culture in Australia.

This is neither a new or undiscussed debate – in fact, it has been raging on for as long as anyone can remember. Celebrated chefs like Gay Bilson, Christine Manfield and Alex Herbert have been trailblazing for women in the kitchen at home, while Elena Arzak, Alice Waters, Gabrielle Hamilton and a host of other brilliant women have done the same overseas…not for feminism, but because they have pursued their ambitions in their chosen field… and absolutely killed it.

Because the discussion isn’t new does not mean, however, that apathy is acceptable. To say nothing doesn’t help anyone, so consider this my small contribution to keeping the conversation alive.

Next week in Italy the Parabere Forum takes place. It’s a constructive discussion about improving the food industry with the help of female vision (check it out at parabereforum.com). Over at Change.org, there is a petition to barrack for better equality at Omnivore 2017, a global food festival showcasing the highest calibre and most exciting people and developments in food. I invite you to take part in this very important conversation with your friends, partners and children – after all, equality benefits everyone.

*There are actually three females in total, but given that two of them are MKR finalists, it would be a denigration of the trade to refer to them as chefs. 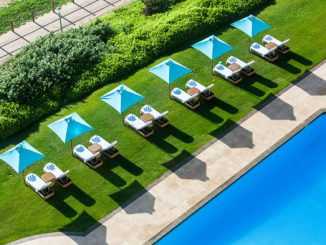 At home with… Veeru Singh