London-based, 20-year-old rising star Dua Lipa is in Australia for two shows only on the back of her new single ‘Be The One’. With her new track hitting the top 10 most Shazam’d tracks in the world, there’s something about her smoky pop voice that draws people in.

Somewhat of a legend in the Australian hip-hop scene, Sentry (pictured above) is here to launch his 1969 “campaign” to bring his music to the masses. Celebrating the release of his fourth single, 1969 marks a new foray into political rap.

Bringing together some of Sydney’s finest performers to pay tribute to Sydney blues singer Jesse Younan by performing his songs, makes for a magical evening. Younan tragically passed away in 2008 following a battle with leukaemia. 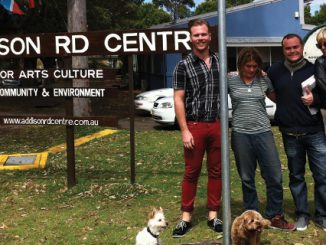