Who says beer can’t be green? After establishing itself on May Street over a decade ago, today St Peter’s Brewery leads by example when it comes to sustainable business practices and proves that you can be an environmentalist while still enjoying the good things in life, such as a cold beer.

When Matt Donelan started St Peter’s Brewery in 2000 he had already worked in the brewing industry for 10 years and felt things needed to move in a more sustainable direction. Beer, like so many other products we consume here in the Inner West, mainly comes from overseas, which is a concept Matt couldn’t quite his head around.

His brewery was started with two entwined philosophies: local and sustainable. By keeping the general distribution area to just five postcodes, immediately surrounding the brewery, he both engenders local support and is able to keep low ‘beer miles’. “My approach is to look back to where we came from,” says Matt. Buying locally is not a revolutionary idea. Pre-globalisation, all products were produced and consumed locally. However, these days it seems unusual to support a local brewery. We forget that there is 5000 years of history to support the concept.

“I use Australian-grown barley and wheat, and locally grown hops. I also shop, dine and drink locally. This should be the norm rather than some ‘out there’ concept. It is important on so many levels,” says Matt. “The brewing industry currently is dominated by multinationals, who have actively diluted the craft brewing industry’s impact. Only by supporting the local manufacturing industry will we be able to continue growing the small end of this industry and maintain a local identity.”

It should also be noted that ‘craft’ doesn’t necessarily mean ‘environmental’. Many of the craft brands currently dominating the market have travelled a long way to reach Inner West drinkers according to Matt, who believes that “trucking kegs on a B-Double from the Margret River across the country to sell in Newtown is just crazy when the beers produced here are at least to that standard.”

Sustainability is built into every aspect of St Peter’s Brewery’s operation; all processes are designed to best reuse and recycle energy, from the all organic ingredients, which are either used as stock feed or composted, to the delivery of products. Matt puts a lot of effort into minimising packaging waste by delivering his product in plastic crates that are reused thousands of times before they need to be disposed of – a method he thinks could be adopted by other businesses too.

“All EU countries, China, Vietnam, Japan and many states in India, use crates as the principle method of distribution,” says Matt. The question is why Australia has been lagging behind. Of course, lots of other industries can do better to reduce packaging and other environmental waste and they only need to look as far as the local pub for inspiration. 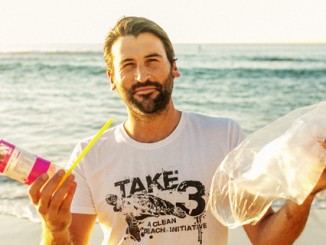