Cooling our city with trees and flowers

The veiled green walls of One Central Park are a stunning testament to the integration of nature with urban living. At 150 metres high, the vertical gardens, designed by Patrick Blanc, are the tallest in the world. They appear, as Blanc reminds us, “like a natural cliff, as though [one has] cut a giant slice out of the Blue Mountains and put it in the middle of the city.”

Besides their aesthetic value, Blanc’s vertical gardens increase the energy efficiency of the building. In winter, they lower energy consumption by protecting the building from the cold, while in summer they provide a natural cooling system.

Such buildings are a rarity in Sydney, but we would do well to have more. Particularly considering the heat of the late angry summer, in which 205 weather records were broken during a 90 day period.

The city of Singapore is the world’s greenest city, with 30 per cent of its urban area covered by vegetation. Dubbed a “City in a Garden”, its skyscrapers and pavements alike are swathed in shrubbery and flowering creepers. Scientists in Singapore have found consistent differences in temperature of up to 4 degrees where grass and trees are present.

Singapore is a leading example for the benefits of greening cities. In the slow battle against climate change, planting and covering Sydney in greenery will improve the city’s overall liveability through Co2 reductions, shade provision and increasing biodiversity.

Thankfully, the City of Sydney Council has recently committed an extra $8 million over the next 10 years to increase Sydney’s street tree canopy and reduce the damaging heat island effect. City residents have also shown commitment to spreading the green goodness with efforts such as the Glebe Bushcare Group, Rozelle Bay Community Nursery, the Pyrmont Ultimo Landcare Group and the Glebe Society’s Blue Wren Group.

Let us hope that such green initiatives are extending to Sydney’s far west, where green cover in some areas is as low as 2.5 per cent, and where the number of very hot days has risen over the past three decades by 250 per cent. 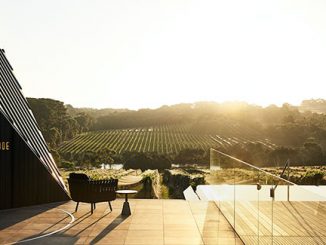