Award-winning Lebanese restaurant Arabella sprung to prominence recently for all the wrong reasons following a racist attack on it’s Newtown shopfront. But owner and Executive Chef Mohamad Zouhour says the positive response from the local community has made Arabella stronger, and the staff are now, more than ever, dedicated to providing excellent food and service from the heart.

For over 18 years chef Mohamad has been working in the kitchen, beginning his career in hospitality in Lebanon. Mohamad feels that one reason for Arabella’s overnight success is this connection to his roots.

“Since the minute I opened the restaurant, it has been going well. This is because of our customer service and quality of food,” he says. “I bring it all back from Beirut.”

Opening Arabella in 2002, Mohamad took a risk choosing a sizeable location on South King Street. He recalls that, at the time of opening, no other restaurants existed in that end of King Street. Back then it was viewed as a “dead end”.

But the risk paid off and now, in no small part thanks to Arabella’s pioneering efforts, King Street’s southerly reaches are a go-to destination for dining. “Everyone comes to Newtown,” he says. “It is one of the most beautiful suburbs in Sydney. I really like King Street.”

Mohamad is proud that Arabella was one of the first authentic, upmarket Lebanese restaurants in Sydney, at a time when people associated his native cuisine with late-night kebab shops.
“We produce everything on site,” he says. “We don’t use frozen products or canned food, and the majority of our ingredients are organic, that’s our point of difference.”

“I recommend everyone who hasn’t been here to give it a try! All the meals are super healthy and cooked fresh,” he says. 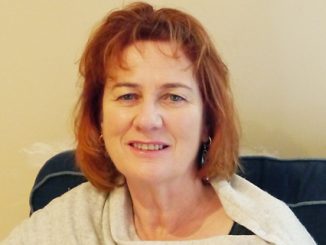