• Celebrity Chef Heston Blumenthal was spotted finishing a Meatball Melt and Chocolate Milkshake at a certain cafe on Darling Street in Balmain. In true Blumenthal style he then proceeded to flag down a very fat duck and rode full steam into Victoria Road traffic. What a tripper.

• As the mystery surrounding the Italian Forum Cultural Centre festers, curious locals (and thespians) have come up with a Facebook group to air their own queries as to what exactly has been happening on Co. As. It’s way to the forumforum (that was not a typo). Results from the court case are not expected till December, so the rest of us will just have to wait and see.

• The Mu-Meson archives are desperately searching for a new space to relocate their screenings, so if you have a spare warehouse handy please don’t tell us (or Leichhardt Council!)

• Further updates and complications to the Prof. Barry Spurr case include that, oddly, he is a committed animal rights advocate, having signed at least 12 petitions condemning animal rights abuses in the past three months – according to activism website change.org. It’s a shame he obviously only extends that concern to very select members of the human race, most of whom seem to be dead white men.

• Growing numbers of ibises in Marrickville has lead to a council crackdown, starting with an ibis survey to report sightings of the white, beaky creatures. Some unknown facts about this urban pest are that the White Ibis is native to Australia and is actually quite a romantic bird. (If you look beyond the garbage breath, weird guttural noises and the fact their beaks make a pash-sesh more like a swordsman’s duel). Not dissimilar to the richly nuanced courting processes employed by The Bachelor,White Ibises bow and offer their chosen mate a single twig, which they must accept, before flying off wing to wing to an exotic nesting location. 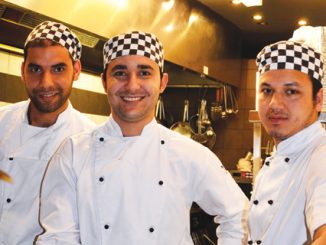