Why is it we place such little value on our food?
Or perhaps I should say, why do we think food should be so cheap?

It’s an interesting question when you stop to scrutinise it because in fact fresh whole foods are really cheap. All the staples like fresh local produce brought when it’s at the peak of its season, milk (when compared to what it takes to produce milk), flour, rice, secondary cuts of meat and the ‘un-loved’ seafood like slimy mackerel are all really cheap and plentiful.

Why is it then that as soon as there is some form of production or service attributed to food that we are so consumed by the fact that food should always be cheaper and that we are probably being ripped off because “if I was to make it myself yadda yadda yadda.”

Yet we learn to live with the hit from our electricity and gas bill, don’t mind dropping a small fortune on a hair cut and think nothing of knowingly paying a 300% to 500% mark-up for a glass of something that was simply poured from a bottle into a glass by an often unskilled bartender.

Hell driving through the eastern distributor nowadays costs almost as much as two flat whites and yet we don’t think twice, knowing full well that your toll supports more than a few overpaid executives who sit in cafés and complain when the price of their flat white goes up to $3.50!

I believe we have unrealistic expectations because of the purchasing might of huge companies that artificially deflate the value of food to help sell packets of gum and soft drinks at their discounted petrol stations. Retailers like Ikea who sell food cheaper than a charity can produce it because it is being subsidised by massive profits generated by belching out all manner of flimsy furniture and consumable items that pause only momentarily in someone’s house before ending up in landfill.

I don’t keep it a secret that I think this quite excellent and generous world we live in gets taken for granted, and I sometimes wonder what it would be like if before purchasing we considered: “what am I actually getting out of this purchase?” Would we still queue up in our cars at drive-thrus for a brown bag of obesity and diabetes with a side of environmental damage? I think not. 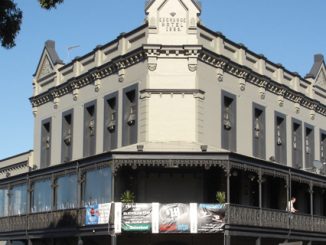 At home with… the Azzi's