Dear LL – Goddess knows how many times I’ve defended you against those who’ve labelled you a hypocritical, elitist, self-parodying, pseudo intellectual. When controversy erupted over your exorbitantly priced Latte Leftie Thought Leadership Academy, which promised to “pass on the secrets on being the kind of op-ed commentator who can earn big bucks writing on being morally conflicted about using gender-specific toilets for The Guardian and Sydney Morning Herald” I defended you. When you boasted you could “stand in the middle of King Street holding up a ‘Stop the boats!’ placard while dancing to Rolf Harris songs and not lose readers” I argued you were just being an irony-loving hipster. When you remarked, “It would have been better for everyone if Gillard had remained in Wales and become a singing coalminer rather than immigrated to Australia” I assumed you were just overwrought as a result of her failure to grasp legalising gay marriage was the greatest moral challenge of her time. But this recording of you commenting you’d like to be the meat substitute in a Fran Kelly and Anne Summers focaccia is indefensible, especially as there was no reference to gaining affirmative consent prior to engaging in this imagined sexualised snack.  Billy, Erskineville

LL replies: While I can conceivably be accused of moral vanity I have never – or, at least, only rarely – claimed to be entirely beyond reproach. Let me just say that after a number of craft beers I found myself in the presence of a fellow leftist intellectual superstar (whom I’ll call Di Bundle) and engaged in some Parisian café banter. Of course, anyone who knows me knows those words don’t reflect who I am. For a start, I prefer first-year Arts students to leftist dowagers. 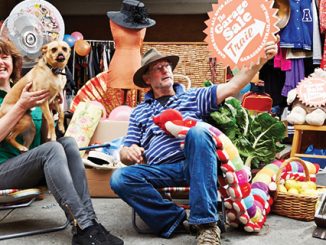