Leaving the horror of The Witch behind, here Anna Taylor-Joy plays Jane Austen’s most “difficult” heroine Emma Woodhouse – the incorrigible meddling matchmaker her creator described as having “lived nearly 21 years in the world with very little to distress or vex her.” She’s also a comfortably-off (filthy rich, actually) class conscious snob who comes across as an entitled airhead. While meaning well, she really should find better things to do with her time than trying trying to manipulate the romantic destinies of everyone she knows. Her most spectacular failure is the fate of her guileless friend, the low-born Harriet Smith (Mia Goth), who has her sights set on a wholesome and entirely suitable tenant farmer, at least until Emma decides to fix her up with the oily, social climbing vicar, Mr Elton (Josh O’Connor, below left).

Anyone expecting a Little Women-style re-imagination of this much-loved comedy-of-manners will be disappointed – the most modern thing about photographer Autumn de Wilde’s recreation is the trendy addition of a full stop after the title. There are no knowing asides reflecting contemporary feminist sensibilities, nor does anyone seem to be gender non-binary or same-sex attracted (how could that possibly be?). It does however have a small platoon of red-caped maidens in oversized bonnets marching about in formation as if straight out of The Handmaid’s Tale. But they appear to be giggling and amusing themselves rather than making a statement about the restrictive prison that was a woman’s lot in the British Regency period. At any rate, would Austen’s ardently loyal fans stand for any funny business? They’ve already had to endure 2016’s Pride and Prejudice and Zombies, so they’re probably in no mood to. And nor should they, not when there’s just so much fun to had just by being swept along with the original Emma’s snobbery, gossip and occasional acid tongue. It’s here that Taylor-Joy’s skilfully nuanced performance really counts. She’s not an easy character to like, but in the end, we do, very much.

The production design, art direction and costumes are gorgeous, as stunning and extravagant as anything ever seen in any sumptuously expensive costume drama. You can practically smell the perfume on those pale talcum-powdered ladies while bristling uncomfortably beneath the men’s starchy collars. As Emma’s hypochondriac father, a spectacularly fey Bill Nighy (above left) has the time of life with his small part, while musician Johnny Flynn, last seen as the bad boy of Beast, is a revelation as Emma’s friend, Mr Knightley. He’s Emma’s sarcastic neighbour who always seems to be suspiciously hanging about, and their own burgeoning love story came as a delightful surprise to this non-Austen reader. Did that happen to Gwyneth Paltrow in 1996? Must have, but I’ve forgotten… PG from Feb 13. Local cinemas include Palace Norton St, Central, Hoyts Broadway and Dendy Newtown. ★★★★ View the trailer.

Can a movie be too artsy-fartsy? Willem Dafoe as Thomas Wake, the flatulent, drunken, curmudgeonly lighthouse keeper in Robert Eggers follow-up to The Witch provides much of the latter, regularly punctuating his salty-lounged insults with trumpet-like explosions. Bearing the brunt of his noxious attacks is his only companion, Ephraim Winslow (Robert Pattinson), a newly-hired assistant on a godforsaken, storm-lashed rocky outcrop of an island whose only structure is a lighthouse. Outside rain continuously belts down, the wind howls, vaguely menacing sea gulls screech and a hauntingly loud foghorn forlornly warns those out on those turbulent seas to steer clear. Not that anyone would ever want to visit – for inside the men’s cabin is a fetid brew of hostility, claustrophobia, male rivalry, body fluids (all of them) and suppressed homo-eroticism – all combining to produce an atmosphere so pungent you can almost smell it.

Too artsy? It’s shot in nearly square aspect in stark 35mm black and white, which should say it all. Set sometime in the late 19th century, Thomas is given to saying things like, “O what Protean forms swim up from men’s minds, and melt in hot Promethean plunder.”  To which, surely, the only response can be Ephraim’s, “You sound like a goddamn parody!” Indeed, Dafoe really does sound like the cartoon version of pirate, a role he commits himself to with astonishing conviction. And he’s a hugely entertaining pirate too, at least for the first half – although it’s a bit of a one-note performance. Ephraim, a lumberjack with a dubious past, broods and sulks in relative silence for a while – his gig on the island is only supposed to last for a month, but bad weather shuts off his escape route, and inevitably – violence and insanity result. As a two-hander, it works for a while, and then it doesn’t – there’s actually surprisingly little suspense in the lead-up to the climax, which while ultra violent and carthatic, feels oddly unsatisfying. All those bracing atmospherics are just not enough to carry the film.

There is one other actor credited, Valeria Karaman, who features as a sexually avaricious mermaid. Probably a figment of Ephraim’s imagination, though its hard to be sure. She’s quite a sight though, and if you’ve ever wanted to know what a mermaid’s genitalia looks like (admit it, you’ve wondered), The Lighthouse is your one and only chance to find out. MA15+  On now at Palace Norton St, Central and Dendy Newtown. ★★★1/2 View the trailer.

The Leunig Fragments – Years ago I thought being a cartoonist would be a terrific job. All that freedom to say whatever you wanted, to be paid to offer pointed and whimsical (and in my case, incredibly wise) views on anything or anyone without the slightest need to be balanced or fair-minded the way opinion columnists or journalists were (once) supposed to be… Well, that was a long time ago, before Charlie Hebdo, before the NY Times decided to stop running cartoons at all on their Op-Ed pages, before The Australian’s Bill Leak became the most hated man in the Twittersphere. Before The Herald-Sun’s Mark Knight’s children were abused because their dad drew a cartoon of a rich and powerful woman throwing a tantrum. And long before Michael Leunig himself, once regarded as a peace-loving hippie as cuddly and harmless as the signature ducks he drew became a hate-figure because of his seemingly innocuous views on child care. In these times of instant social media outrage, a cartoonist has to not only have a very thick skin, but should probably employ bodyguards.

Not that Leunig seems to care what anyone thinks. “There are two conflicting themes in every artist,” Leunig says, “the desire to communicate and the desire to not be found. I think that’s me.” Looking alarmingly like a less ferocious version of fellow iconoclast, Germaine Greer, Leunig does his very best to stay hidden – he’s evasive and enigmatic about most aspects of his life in Kasimir Burgess’ doco, which seems to have had a troubled and prolonged gestation. No doubt due to its recalcitrant subject, who although endlessly talkative, never manages to explain much. Ricky Gervais’ comment to his critics, “Remember, they’re just jokes. We’re all going to die soon,”  sums up Leunig’s work better than anything the cartoonist himself says about what he does for living. On anything personal, he ducks and weaves or just plain stonewalls when asked about his estranged family. Even the one son who still talks to him (the only family member who would comment on film, and who lives in the same neighbourhood) doesn’t feel like he “can just drop in.” And that’s his son!

The film offers what its title suggest – fragments of a life. Are they enough? Does it matter that we don’t end up knowing any more about the man than his drawings show? Probably not, but it would have been of interest (and not just to those of us who once wanted to be cartoonists) to learn a bit about Leunig Inc. All that merch – the calendars, the greetings cards, the mugs, the T-shirts, the books, the fridge magnets? How does an old hippie run a huge marketing empire and at the same time, even in the face of a furious social media onslaught, maintain a protected-species status at one of the country’s most woke-conscious and powerful media conglomerates? But on all that, there’s not even a fragment. M from Feb 13 at Palace Norton St. ★★★ 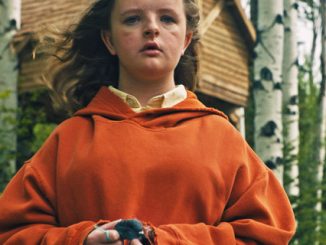 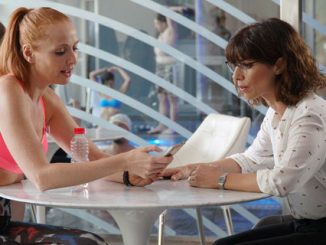