Trending for mums and bubs

Recently featured on Channel 10’s Wake Up! morning program, ‘Kangatraining’ is the new post-natal fitness craze that has swept through Europe and will hit the Inner West this year, bringing a complete workout to local mums, which enhances both cardiovascular endurance, flexibility and muscular strength.

Unlike other classes, the baby is part of the action at Kangatraining, as the name suggests – new mums wear their babies in pouches during the session. The workout has been developed in consultation with midwives, chiropractors, and babywearing consultants to ensure safety for mums and babies, and classes will be held in Ashfield, Five Dock and Newtown.

Tracey Roberts was named Drummoyne’s 2014 Woman of the Year last month, after being nominated by Drummoyne State Liberal MP John Sidoti. Tracey won this award for her philanthropic work, raising funds for the purchase of chin-controlled and non-motorised wheelchairs for the Royal North Shore Hospital, done in conjunction with Rotary Club Five Dock.

In May of last year, Tracey hosted the Blue Diamond Ball at the Rotary Club where they were able to raise an unprecedented $120,000. This money was used to purchase seven brand new wheelchairs, three of which are chin-controlled and the rest non-motorised. Funds were also used to establish a maintenance program for the pre-existing wheelchairs at the hospital.

Tracey, who was inspired to do this work by the unfortunate accident and subsequent quadriplegia suffered by her uncle, has also contributed to the handicapped community by initiating a program to see unused wheelchairs given to those who need them. This program works by having people donate their second-hand wheelchairs to Tracey and she personally sees that they are given to those in need. This allows people with restricted mobility to see a new level of freedom and independence.

John Sidoti said it was fantastic to see inspirational women like Tracey making a difference to the local area. Hopefully, she will serve as an example for later generations and lead to a higher and more committed level of community.

Voice of her generation

Balmain student Shumi Ruan was recently confirmed as the Youth Member for Balmain after being nominated by local MP Jamie Parker. Over 300 people aged 15 to 18 years old applied to be part of the program this year alone and Shumi was one of 150 particpants to be selected.

Shumi has said that she saw this as a great opportunity to learn more about the parliamentary and legislative system and she is looking forward to advocating for gender equality, education, and environmental awareness – issues she believes are important to other young people too.

The main part of the program involves a week-long camp where each of the participants work on their proposed Bills and Parliamentary Reports and take part in mock debates. Shumi is doing her best to self-fund the residential stay but any donations to help cover her expenses would be greatly appreciated.

If you’re interested in helping out, email Shumi directly: shumi.ruan@gmail.com, or contact the YMCA staff and mention Sumi’s name for more information. 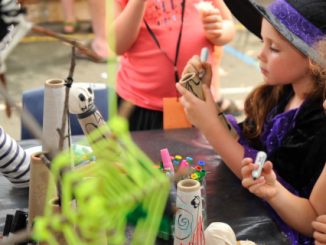