This August will see two Inner West locals on and behind the big screen as the much anticipated black comedy Down Under debuts in cinemas. Written and directed by ex-Newtown Performing Arts High-School student and long-term Inner West resident, Abe Forsythe, the film is set in the aftermath of the 2005 Cronulla riots, and expectedly, explores tensions that are now, over ten years later, still at the forefront of public discussion.

When watching, be sure to keep an eye out for a familiar face, Chris Bunton who has appeared in Ciao as co-founding member of disability-led theatre company, Ruckus. In playing Evan, Bunton was singled out by Forsythe as a vital part of the film, saying, “he helped me unveil the heart of the story”. Juggling a professional gymnast career (for which he has won two Special Olympic gold medals), Don’t DIS my ABILITY ambassadorship, his role at the Special Olympics office, student life and the performing arts through local Inner West companies Ruckus and Murmuration, this will be Bunton’s first movie role.

Despite the film seeming a far cry from the traditionally tolerant and diverse Inner West, according to Forsythe some of his most important formative years took place while working at a video store in Erskineville. “I dropped out of school and for two years all I did was work in a video store, write and watch movies constantly,” he said. “I really look back on that time when I didn’t have any responsibility. To be able to go back and just watch movies and make things and fail.” Forsythe believes that it is actually the diversity he experienced while in Newtown that has in part allowed him to “frame the world” in a way that made it possible to create Down Under.

Catch Down Under in cinemas August 11.

One of our favourite local brewers Young Henrys are teaming up with community renewable energy project Pingala to construct a community solar farm at their Newtown brewery, funded by individuals from the local area. Young Henrys is the first project of the cooperative, which was formed to develop renewable energy through community participation and ownership in Sydney. The plan will be presented at a community solar launch and investor party this August 21, where each person attending is considered a potential investor. At the event, attendees will be invited to apply for up to four 250-dollar share packages, with the final investors determined by a raffle. The money from the sale of shares will be used to develop the project alongside a City of Sydney Environmental Innovation Grant.

For further information on investing or to reserve your ticket visit www.pingala.org.au/young_henrys_community_solar_launch_investment_party

Leichhardt Public School has been commended for collecting the most mobile phones in a national recycling campaign known as ‘Roots and Shoots’, which aims to reduce the mining of Coltan, a substance used in mobile phone production. Such mining results in the clearing of habitats, which has drastically impacted the African Great Ape population. Of the 75 participating schools across Australia, Leichhardt Public School collected the most phones, with Kegworth Public, PLC Sydney and Orange Grove Public also participating. Inner West Council Administrator, Richard Pearson, has praised the students and schools involved. “I was extremely impressed with the commitment of students across the Inner West Council Area,” he said. In one term seventeen kilograms of mobile phones have been recycled through the program, with the materials used in their production, including Coltan, salvaged for reuse.

Following a recent call from Inner West Council Administrator Richard Pearson, a WestConnex Compliance Officer has been appointed by the NSW Government as a destination for concerns surrounding construction compliance breaches. According to Pearson, this appointment will ensure that those carrying out the WestConnex work are “held to account for their actions”, with claims that the “visible presence” of Officer Rob Sherry, a senior Department of Planning official, will in itself serve as a deterrent to breaches. There are plans for Mr Sherry to be based locally allowing residents to contact him easily with any issues surrounding the development.

WestConnex Compliance Officer Rob Sherry can be contacted on 0429 782 853 or via compliance@planning.nsw.gov.au 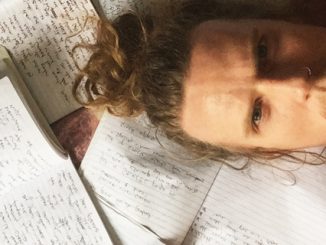 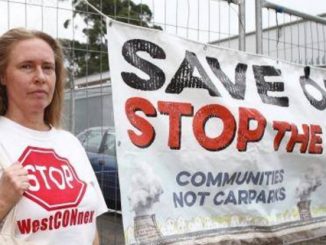