A brief guide to the men and women who hold the fate of the Inner West – and the nation – in their hands. These four candidates tell us why they deserve your vote…

Cedric Spencer has a background in business and academia, working as a lawyer, a university lecturer and small business owner. Cedric is also proud to have been a volunteer legal worker for his community.

Why should people vote for you?
For too long the people of Grayndler have been taken for granted by this Labor Government. They deserve more, they deserve someone who will fight for them. I’m very passionate about the area, I want to see prosperity and opportunity return to the region and only the Liberal Party has a plan that will achieve that.

What can you do for the Grayndler area?
The two biggest issues people raise with me are cost of living for both households and increasing pressures on small business. People are really doing it tough with increasing cost of living pressures and are struggling to find the extra money they need to pay their electricity bills, which is why if elected the first thing a Coalition Government will do is scrap the carbon tax and ease pressures on Grayndler households. Businesses are also doing it tough with empty shops popping up everywhere. If elected we will help small businesses grow and create more jobs by cutting red and green tape by $1 billion a year which will help create more jobs.

Why should voters trust you?
Unlike this current Labor Government who have shown time and time again they can’t be trusted because they say one thing and do another, the Coalition can be trusted. Only the Coalition can form the strong, stable government to deliver a stronger economy with more jobs, real help for families and small business, lower taxes and secure borders.

How do you feel your experience as a lawyer affects your political career?
I’m passionate about everything I do, whether’s it’s being a lawyer or an educator, and I will be bringing that passion with me to politics. For too long the people of Grayndler have been taken for granted and if elected my door will always be open to the people of this great electorate.

Tanya’s parents migrated from Slovenia in the ‘50s. She has previously held the positions of Minister for Housing and Minister for the Status of Women. Tanya is currently the Minister for Health and Medical Research.

Why should people vote for you?
Sydneysiders want a government with a positive plan for the economy that ensures nobody is left behind. Only Labor can deliver both a strong economy and a fair society at the same time, like steering Australia through the global financial crisis and building DisabilityCare.

What can you do for the Sydney electorate?
I am committed to unlocking our economic potential by bringing the National Broadband Network to inner Sydney, transforming the way local residents access health, education and employment. Each school in the Sydney electorate also stands to gain an average of $1.6 million extra from Labor’s Better Schools plan, which will make sure our kids and our country have the brightest possible future. Next year, our new dental scheme for kids begins – Grow Up Smiling – which expands free dental care to 3.4 million Australian kids.

Why should voters trust you?
I have been honoured to represent the electorate of Sydney for fifteen years, and over that time Sydneysiders have got to know me fairly well. People know where I stand on issues, and they know they can always come and talk to me about their concerns at a local street corner meeting on the weekend.

With immigration being a part of your family’s history, how do you feel about the most recent discussions on “boat people”?
It is important to me that we meet our humanitarian obligations towards people fleeing persecution. But we also need to stop the growing number of deaths at sea. My own parents came to Australia after World War 2 – my mother through a camp in Italy and my father through a camp in Austria. We have a responsibility to accept humanitarian immigration from those camps.

Hall has lived in the Grayndler area nearly his whole life, in which time he has become an award-winning journalist, historian, urban environmentalist and an equal-rights activist.

Why should people vote for you?
I will be ultra-accessible and consult widely and frequently. I will give people honest representation and intelligent advocacy. Voters can be assured that I will pursue the policies and aspirations that they share.

What can you do for the Grayndler area?
The Greens have a vision for Grayndler that is based on talking to voters and being involved in community campaigns. That vision revolves around investing in public education from early childhood to university and TAFE, achieving 100% power from renewable energy sources, improving public infrastructure and the environment, restoring democratic planning, and pursuing taxation reform and social justice (whether for single parents or refugees). My hope is that the next parliament will reflect the outgoing one and that the Greens will again hold the balance of power. Adam Bandt as the sole Greens MP in the House of Representatives notched up significant achievements, such as the clean energy fund, denticare and the inquiry into high-speed rail. Just think what two or three Greens MPs in the lower house could achieve.

Why should voters trust you?
My record of caring for people and the environment is there for all to see. I led the fight to save Callan Park from sell-off and development. I also played a leading role in securing the bicentennial park on Rozelle Bay. I was deeply involved in stopping the motorways that threatened over 500 homes in the Inner West as well as continuing the fight against the endless expansion of Sydney Airport. My commitment to social justice is also on the record. I think I’ve proved I’m as good as my word and can be trusted to stand up for the community.

How does your experience as a journalist make you a better candidate?
My craft has trained me to listen to people and understand their concerns. In addition, as a journalist I have worked outside the hothouse political world and encountered people and issues from all sectors of society.

Why should people vote for you?
The Greens is the only party that will increase funds into the UNHCR so that refugees are identified quickly and resettled quickly rather than being offloaded in PNG and Nauru at a cost not just of billions of dollars spent on detention centres but the cost to our humanity. The Greens is the only party that’s prepared to act against dangerous climate change by funding a green jobs-rich economy. We’ll fund these green jobs by using the $14 billion fossil fuel subsidies that over the next four years will be handed over to the big mining companies, place a moratorium on any new coal mines and coal seam gas extraction, and increase taxes on the excessive profits of the big banks and mining companies. The Greens will restore support for struggling single parents.

What can you do for the Reid area?
The Greens will give $2 billion more to schools than the current Gonski proposal and more funding for job skills training in TAFE and will reverse the university funding cuts. Labor’s planned $2.3 billion in university cuts – which are supported by the Coalition – will hit our local university students hard. We all know that the more roads you build, the more cars there are to fill them. This is why the Greens oppose the Labor/Liberal plan for the WestConnex that will only add to the air pollution and traffic congestion not alleviate it. Instead The Greens support an effective and affordable public transport system and increased number of cycleways in Reid.

Both your academic qualifications and your employment history are incredibly diverse. How does this broadness make you a good candidate?
My diverse background, qualifications, experience working with the community as a councillor and as a campaigner with The Greens has given me a portfolio of skills that I believe reflects the diversity of Reid. My science background has given me a broad understanding of issues such as climate change, the need to protect biodiversity and the legacy of industrial pollution in Reid. Having worked in hospitals and medical research laboratories, I understand the complexities and the need for continued funding of the public health sector. And my years as a councillor have meant that I am well aware of people’s concerns in this part of the Inner West. 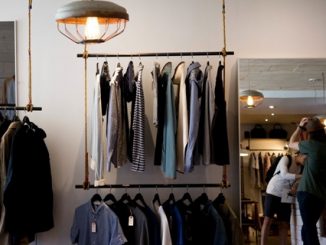