Win one of five double passes!

There’s nothing “mini” about the MINI British Film Festival this year. Such is the popularity of this annual celebration of British cinema, organisers Palace Cinemas have had to extend the 2019 edition for an extra week.

With twenty new release titles plus a retrospective on Dame Helen Mirren and and a selection of restored gems, this year the Festival is going to be positively massive. In Sydney it all kicks off on October 29 (other states a day later, see listings below) with Military Wives from The Full Monty director Peter Cattaneo. Kristin Scott Thomas (below) leads this inspiring drama about the bravery of the women of war, and the power of the music that saved them. Closing the Festival on November 24 is the highly anticipated The Good Liar. Based on the widely acclaimed novel by Nicholas Searle, this wicked thriller features magnificent lead performances by Dame Helen Mirren and Sir Ian McKellen (main pic above).

Other highlights of this impressive line-up of British talent include director Armando Iannucci’s (The Death of Stalin) latest hit, The Personal History of David Copperfield – which features a stellar cast of Dev Patel, Tilda Swinton, Hugh Laurie, Peter Capaldi and Ben Whishaw reviving Charles Dickens’ classic autobiographical novel; Hope Gap – an emotionally potent story of finding hope after a marriage breakdown starring Annette Bening and Bill Nighy; veteran Palme D’Or-winner Ken Loach returns with Sorry We Missed You, a powerful study of a struggling working-class couple caught in the hopelessly exploitative “gig economy”; and since no British festival could possibly exist without Keira Knightly (below), she stars in Official Secrets – a superb true-life political thriller about an accused British whistle-blower who leaked information about the Iraqi invasion.

Timothy Spall is this year’s Festival guest, and he’ll be attending Q&A sessions in both Sydney and Melbourne. He plays the iconic British artist L.S. Lowry in Mrs Lowry & Son, which explores the relationship between him and his mother (Vanessa Redgrave).

That’s just a taste of what’s on offer at the biggest British Film Festival ever. Now head over to the festival’s website, watch some trailers and explore the programme in full. You can book tickets there too.

Win double passes: How to enter

Thanks to the festival organisers and Palace Cinemas, we have five double passes to festival films to give away. For a chance to win, have a browse on the festival website and then email us with Mini British Film Festival in the subject line, telling us the name of one of the films you’d like to see. The passes can be used for any session* or any film. Send your entry to info@ciaomagazine.com.au making sure you include your name and postal address for the tickets, as winners will be mailed their prize. Entries close midday Thursday October 24.
*Restrictions apply to Special Events, and Opening and Closing nights

The MINI British Film Festival is at these Palace locations: 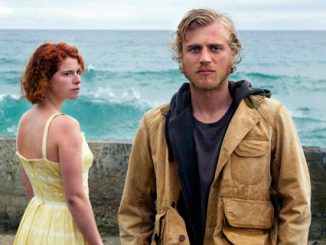