As usual, Woody Allen has assembled a fabulous cast, and as (nearly) usual, given us a hugely entertaining 98 minutes. But it takes Cate Blanchett in the title role delivering one of her most blisteringly explosive performances (is this her best ever?) to make this so much more. We see that the moment Jasmine appears in the very first scene – she’s on a plane boring her neighbour, boasting of her fabulously extravagant life.

That’s in the past, as it turns out. She is fleeing New York penniless and disgraced after hubby (Alec Baldwin) has been arrested in a big time Bernie Madoff-type scam. Now she has to stay with her sister Ginger (Sally Hawkins) in a blue collar neighbourhood of San Francisco and start over, but mostly just infuriate everyone, especially Ginger’s ex (Andrew Dice Clay) and new bf Chilli. Loosely, this is Streetcar Named Desire revisited. It has everything that Tennessee Williams’ magnificent class-divide melodrama had except Stanley Kowalski yelling “Stella! “But who needs Brando when we have Blanchett?

Look, everything you have heard is true. Just see it.

* Thanks to Hopscotch Films we have 10 double in-season passes to give away.

Air passengers flying from Spain to Mexico are hereby warned: Do NOT board a plane captained by Pedro Almodóvar. Especially if the ground crew are Antonio Banderas and Penelope Cruz, the stewards Javier Cámara, Raúl Arévalo and Carlos Areces.

Hmmm… It’s hard to imagine a straight director getting away with this, especially the gay stereotypes on display. But then Mr Almodóvar has made a point in his more sober films of not only exploring the contemporary sexual landscape, but pushing every boundary he could find. This one goes to the limit. Yes it’s one big gag-inducing (literally), frivolous, fizzy, filthy joke. You may need to pack a parachute.

* Thanks to Transmission Films we have 10 double in-season passes to give away.

Michel Gondry’s (Eternal Sunshine of the Spotless Mind) latest hallucinatory fantasy is probably his most imaginative yet.

English viewers unfamiliar with its cult literary source could easily just see it as a chance for Audrey Tautou to relive the magic of her 2001 breakout hit Amélie. For she‘s just as cute and pixie-ish as Chloé – gal pal and lover of Colin (Romain Duris), a rich and eccentric Parisian bachelor with a magical apartment in the sky. He also has a very talented butler (Omar Sy) with supernatural cooking skills and very long dancing legs.

The CGI is huge fun – there are fiendishly clever gadgets, awesomely gorgeous sets, cheeky skittering creatures and constantly morphing scenes – it’s almost too much to take in. The tone is light and jokey for a while, but as the title suggests (from Duke Ellington’s famously melancholic tune), it gets darker. Chloé suffers from a bronchial disease (a water lily grows in her lung) and Colin uses all his money in an all out effort to save her.

Mood Indigo’s plot may be near insane and its metaphors just as baffling, but do we really have to explain great art? This is cinema at its most inventive and enchanting. Like a good acid trip – you’ll never forget it.

* Thanks to Vendetta Films we have 10 double in-season passes to give away.

The two head honchos in Robert Luketic’s by-the-numbers corporate thriller are certainly that – lying, thieving manipulators who’ll stop at nothing short of murder to stay on top.

A frighteningly bald Harrison Ford plays “visionary” gadget man Jack Goddard, whose ex-partner and creative rival Nicholas Wyatt (Gary Oldman, as evil as ever) is trying to steal the secrets of his whizz-bang new phone. Aussie hunk Liam Hemsworth is the entry-level tech-head whose ambition and naivety get him way out of his depth – most likely dead.

Who would have guessed life at Google and Apple was this scary!

Giuseppe Tornatore’s very classy caper flick looks gorgeous, but the plot creaks a bit. We have way too much time to notice how implausible it all is.

M15+ at Dendy Newtown and elsewhere, on now. 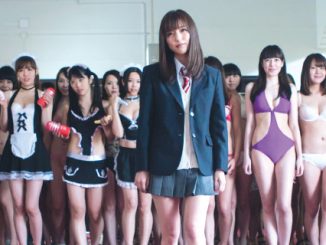 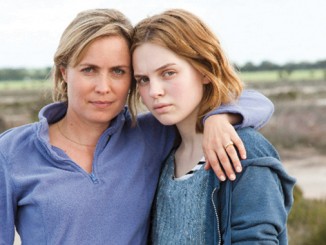