Blue Is The Warmest Colour

You will probably hear about Abdellatif Kechiche’s Palme d’Or winning lesbian romantic drama for all the wrong reasons. Yes, it is “out there”, yes it is sexy – explosively so and searingly candid too.

The young actresses are just extraordinary, both their performances are blisteringly intense, and it’s not hard to understand that there were tensions on the set. Who could go through that and remain unscathed? Certianly not the audience, who will see love, ecstasy, agonising pain and every flicker of emotion in between through Adele’s eyes. This is an amazing film.

* Thanks to Transmission Films we have 10 double in-season passes to give away.
For details on how to win see our Giveaways page.

It’s a mystery (a scandal?) that Asghar Farhadi’s latest film (his A Separation caused such a stir a few years ago) isn’t on the Academy’s list of nominations for Best Foreign Film. It should be, without a doubt, and anyone who was captivated by his intense earlier triumph will quickly pick up on its rhythms.

The Past more less starts where it left off – with another estranged couple. Ahmad (Ali Mosaffa) arrives in Paris from Iran to stay with his ex-wife Marie (Bérénice Bejo) while they finalise their divorce. A mistake, he’s quickly drawn into a new turmoil involving her plans to marry Samir (Tahar Rahim), a decent man whose own wife is in a coma after attempting suicide. Then there’s Samir’s son, Faoud (Elyes Agius), who gives a heartbreakingly convincing performance of youthful distress, and Marie’s deeply disturbed daughter whose role in the suicide has been questionable.

We’re drip-fed information to this drama slowly, a slow-burn leading to the inevitable explosion. When it comes, it will leave you shattered.

* Thanks to Madman Entertainment we have 5 double in-season passes to give away.
For details on how to win see our Giveaways page.

Locally Cate Blanchett is firm favourite as Best Actress, and you’ve probably already seen her in Woody Allen’s last film. If not, why not? There’s simply no excuse. This is a guy who has 50 years of making acclaimed films under his belt. Ok some were less than great (ahem…) but everyone loved this one, even terminal Allen-haters.

And what’s not to admire? Fine actors like Sally Hawkins, Alec Baldwin and Peter Sarsgaard all deliver the goods in a bitingly satiric but deliciously sudsy script involving white-collar crime, infidelity, moral vanity and avarice. And madness too, all the characteristics of the American way of life, for Allen makes no secret about where he is pointing his accusatory finger.

As the fallen socialite and symbol of a class system in tatters, Blanchett is a wonder to behold. She simply doesn’t put a foot wrong.

Thanks to Entertainment One Hopscotch we have 5 DVD copies to give away.
For details on how to win see our Giveaways page.

Are We Officially Dating?

On Valentine’s Day men are expected to go along to rom-coms without complaining – at least not to their dates. That won’t be a problem this year – they have one told strictly from the bloke’s point of view. Three guys in fact.

In Are We Officially Dating? a group of best mates deal with that confusing but pivotal “moment” in every dating relationship when it’s decision time: “So…where is this going?” The boys have a hard-drinking, partying Manhattan lifestyle with lots of suspiciously easy casual sex and they’ve vowed to keep it that way. However their “no commitments” plan gets derailed when they each secretly fall in love.

Zac Efron stars as book designer Jason, his dilemma is with writer Ellie (the gorgeous Imogen Poots – what’s to decide?). Meanwhile Daniel (Miles Teller) beds down with his gal pal while Mikey (Michael B Jordon) tries to woo his estranged wife, who he still adores.

Tom Gormican delivers the (sometimes raunchy) laughs, which come thick and fast right up to that “ahhh” moment. You know the one, it’s a Valentine’s Day movie!

Thanks to Studio Canal we have 10 double in-season passes to give away.
For details on how to win see our Giveaways page.

There aren’t many militant revolutionaries preaching violent overthrow of the State who end up lionised as modern-day saints by the West. So what happened to Nelson Mandela?

Justin Chadwick’s film does go some of the way to explain this remarkable man’s transformation, and Iris Elba (the drug dealer Stringer Bell in The Wire) gives a convincing impersonation.

Looks great, and it should, but it all feels like lush State-sponsored propaganda. Backed by the South African Tourist Authority. Theme song sung by Bono. 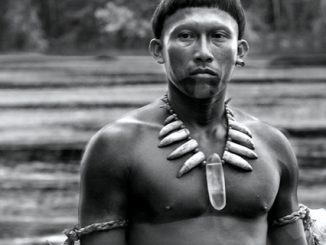 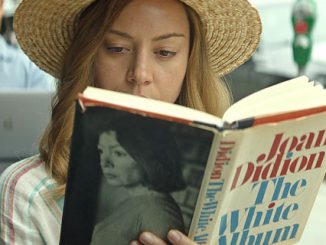