Nanni Moretti, the acclaimed Palme d’Or winning Italian director again sensitively maps out the heartbreak involved in personal tragedy, but this time with some welcome light touches and some cracking good jokes.

Mia Madre stars Margherita Buy as a film director whose ambitious movie about worker’s rights is going badly. Her biggest problem is an imported hot-shot American actor (hilariously played by John Turturro) so full of himself he can barely remember his lines. Her personal life is going to hell too, with breakups and various family dramas, the worst being her mother’s (Guilia Lazzarini) terminal illness.

Moretti himself plays her caring brother, and their family scenes dealing with all the regrets and challenges of middle-aged life, are rich in pathos. Ultimately it’s a joyful film, though mixed with a prevailing sense of sadness.

Widely regarded as a “brilliant return to form” for Moretti, this is easily his best since The Son’s Room.

Thanks to Palace Films we have 10 double preview passes to give away valid on the weekend of Apr 29 – May 1. See our Giveaways page for details. 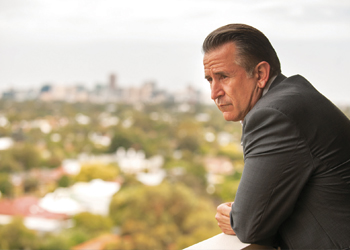 A Month Of Sundays

Suffering a severe case of the mid-life blues, Frank (Anthony LaPagiia) is so bored with hosting open houses that he‘s barely able to sell a thing. As well as being recently divorced, he’s at odds with his teenage son, and deals with everything with snarky droll wit.

The dry exchanges between him and his boss (satirist John Clarke) set the tone at first, but everything changes after he receives a call from an elderly widower, Sarah (Julia Blake), who mistakes him for her own son. The two strike up an unusual friendship and, quite unexpectedly, Frank finds a way out of his self-imposed funk.

It’s a bittersweet and satisfyingly charming tale dealing with life’s big and small-ticket issues, which generously gives everyone a chance at salvation – of sorts. As the tagline claims, everyone deserves a second chance… Even real estate agents. Apparently!

Thanks to Madman Entertainment we have 5 double in-season passes to give away. See our Giveaways page for details. 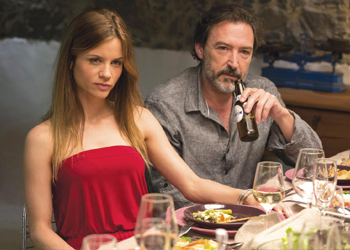 Running until May 1, there’s still plenty of time to find festival screenings of most of 2016’s program of comedies, dramas, thrillers and docos from Spain and Latin America. Two that particularly caught Ciao’s eye were:

* Happy 140 is a darkly gripping black comedy about a woman (Maribel Verdú) happily celebrating her 40th birthday with family and friends. All’s going well, until she announces some fantastic news – she’s won 140 million Euros. Then the air thickens, the plots and recriminations start… culminating in the ultimate moral crisis.

* Truman. Director Cesc Gay is the man we can blame for the deeply subversive A Gun In Each Hand, which so brilliantly skewered the male ego in 2014. He’s more gentle here with a tale about an actor with terminal cancer, but just as funny and incisive. Variety called it “wistful and well-observed.”

At Palace Cinemas Apr 12 – May 1. Bookings and info: www.spanishfilmfestival.com.au 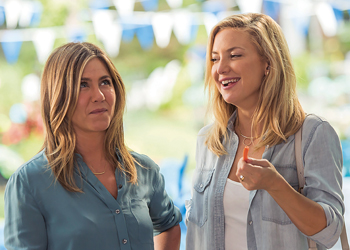 There are some movies you won’t want to see with your mum (Fifty Shades of Gray– she’s seen it already, trust me). Then there’s this from Garry Marshall (Valentine’s Day).

“Bringing together Jennifer Aniston, Kate Hudson, Julia Roberts and Jason Sudeikis, this heart-warming film follows the very different relationships between mothers and their children,” the synopsis says. And includes “…the special relationship of a remarkable six-year-old growing up with two mums. “ Two? Oh, right… All bases covered then. Make a date for May 8th. (Unpreviewed). 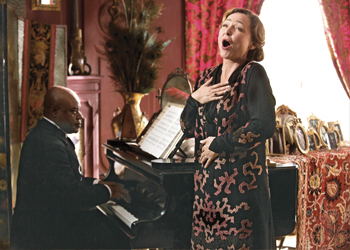 Ignoring the fact she’s a terrible singer, she organises a solo concert and fills the audience with her society friends, none of whom can tell her how awful she is. But after an unexpected rave from contrarian young reviewer, a web of deceit and delusion unfolds.

Based on the notoriously awful vocal career of Florence Foster Jenkins, director Xavier Giannoli has made a delectably sharp and mischievous satire. (Unpreviewed). 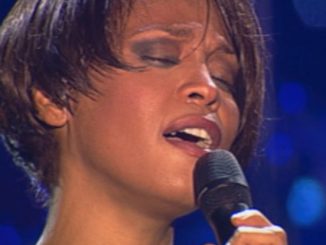