“Every skill I ever had is now a parole violation,” sighs a world-weary Link (Mel Gibson) at an AA meeting. The others in the dusty trailer park hall are like him too – grimacing, heavily tattooed losers. So Mad Max has sunk this far?

As played by Gibson, whose own troubles we know so well, that’s easy to believe – his lined and craggy face shows a whole heap of regrets. One of them is his lost daughter Lydia (Erin Moriaty), who promptly turns up looking for help after accidently shooting her low-life drug dealing boyfriend (Diego Luna) in the neck. He isn’t happy and neither are his bosses – some seriously terrifying cartel-types. Soon Link and Lydia are on the run, from both the cops and the goons.

So far, so grungy, but what makes director Jean-François Richet’s (Meserine) thriller soar way above the usual pulpy fare are the high production values, sharp characterisations and the snappily clever script. Then there’s the sheer power of Gibson’s presence. Whatever he’s done in the past, there’s no doubting he’s a great actor.

Thanks to Icon Films we have five double in-season passes to give away. 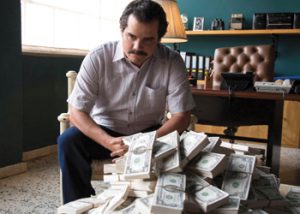 It’s just as well there’s an insatiable demand for party drugs in the West. Hell, not only do we support a huge workforce and a massive world-wide industry, we even prop up entire governments.

Narcos tells the story of notorious Colombian drug lord Pablo Escobar (Wagner Moura) and the DEA agents determined to bring him down. His influence and power was massive throughout the ’80s and ’90s, and a fascinating aspect of his reign, well documented here, was the political influence he had in his own country. When he had to be put behind bars to appease the US, he built and staffed his own jail. He even built public housing and stood for Congress; honestly – you couldn’t make this stuff up.

The first series was addictive and gripping, and a huge hit for Netflix (a second season is underway, btw). Relentlessly violent too, that goes without saying, and for that, you can thank our partying drug users. Every pill they take contributes to that.

Thanks to Defiant Screen Entertainment we have three DVD box set of S1 to giveaway. 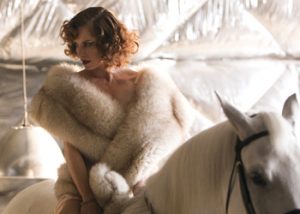 Lots of Inner Westies hate high-rise with an irrational horror, so it will be no shock to them to see it linked to barbarism and social breakdown. Or watch one apartment dweller (Tom Hiddleston) sit on his balcony casually eating a dog. J.G. Ballard’s dystopian novel was set in the class warfare-rattled Britain of the ’70s and the satire now seems as dated as our ancient local prejudices.

Though Ben Wheatley’s flashily new punky update is an absolutely bonkers treat, and the hottest new cult movie around.

Catch it quick, it’s too good to last in the Inner West! 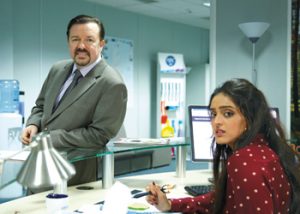 David Brent: Life On The Road

Can even Ricky Gervais get away with an eye-popping monologue on female ejaculation? As David Brent, Slough’s worst office manager, now demoted to a sales rep for female sanitary products (“one size fits all. No it doesn’t, really…”), he tries. And fails. Gervais constantly tiptoes close to the edge of appalling taste and the thrill of watching him fall off is most of the fun.

There’s plenty to chuckle at – his rock ‘n roll road trip is excruciatingly funny, especially his songs.
But the movie is mostly an amble through a now familiar shtick. And like Brent himself, is a little bit sad. 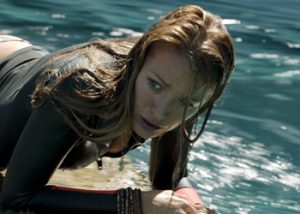 Nancy (Blake Lively) is a smart girl. For a long day surfing on a lonely beach in Mexico, she remembers to pack the sun screen. But not shark repellant (not so smart) and before long a monster with an unrelenting blood lust takes a great chunk out of her leg and traps her on a low rock out at sea…Safe, for a bit, until the tide rises!

Spanish film-maker Jaume Collet-Serra ramps up the tension for an unrelenting 90 minutes of taut, thrilling and vicious fun. Could this just be the best horror flick of the year? 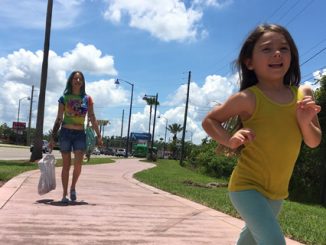 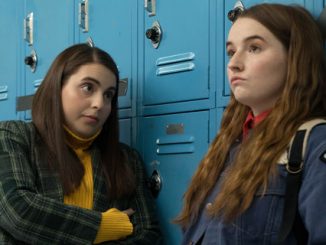