Aaron Sorkin, the writer behind The Social Network, The West Wing and the unfairly maligned Newsroom has long been known for his rapid-fire dialogue. His characters tend to lob whole thesauruses at each other while debating lofty issues all at a pace that is both unnerving and exhausting. At its best, when the stakes are high (the court scenes of A Few Good Men for example, or the climatic showdowns of Steve Jobs), the language known as “Sorkinese” is utterly thrilling. And anyone who loves the power of words will also enjoy his directorial debut, Molly’s Game. In it he tells the real-life story of Olympic-level skier Molly Bloom (Jessica Chastain), who quit the sport after a crippling accident and then embarked on a new test of nerves, running high-stakes poker games with Hollywood millionaire and celebrities that eventually caught the attention of the FBI, who busted her on mob and racketeering charges. This is all outlined within about 20 minutes of breathless narration from the excellent Chastain – who’s uncannily fluent in Sorkinese. Actually, she was just born for this role, rarely have a director and star been better matched. Flashbacks and some looping nesting-doll style plot devices then flesh out the complicated details of her predicament, while Idris Elba as her combative lawyer gets his best role since Stringer Bell in The Wire. Destined to be Bond? Let’s hope not but that man sure looks good in a suit. Also starring Kevin Costner as her pushy authoritarian father. M from Feb 1. ★★★★

Amongst all the big menacing guys with tats and muscles who swagger through the 140 punishingly long minutes of writer/director Christian Gudegast’s bloated heist thriller set on the means streets of Long Beach, its hard to know who the cops are. This is the “bank robbery capital of the world” we’re told, and eventually we work out that one of the surly bearded thugs swearing at us is actually the head sheriff of the elite major crimes squad. That’s “Big Nick” Flannagan (Gerard Butler), and he’s so tough he looks like he’s just ate Dwayne Johnson for lunch and now wants Russell Crowe for dessert. He snarls and threatens the bad guys and his superiors alike, acts like an obnoxious jerk to his estranged wife and basically anyone who comes into his line of sight as details of the big job he’s trying to thwart are outlined. That’s a generic heist run by a supposed criminal genius (Pablo Schreiber) and there is a twist at the end no one will see coming (mainly because it’s so ridiculous). But it’s hard to care what happens when our hero is so unlikable. He is the hero, he must be – he cries once while he’s trying to contact his adorably cute daughter at a school from behind the fence. If I was a teacher and saw someone so threatening and mean lurking nearby I’d call the cops. But ah yes, he is one… MA15+ from Feb 1. ★1/2

Why are Australians so good at playing working class white Americans (see also Northern Beaches-born Danielle MacDonald in PattiCake$)? Who knows, but Margot Robbie is fantastic as the disgraced ice skating champion Tonya Harding. She even did most of her own skating – except of course, the “triple axel” – a feat so difficult hardly anyone apart from Harding ever managed. Whatever awards she gets, she deserves – though the film itself, also directed by an Australian (Craig Gillespie) is a bit of a problem. Energetic and undoubtedly entertaining – it is a comedy, of sorts, but a cruel one – tone-deaf in the way Hollywood so often can be. The jokes “work” only so far as what happened (the assault on sporting rival Nancy Kerrigan – hardly in itself a laughing matter) was so spectacularly dumb. Staged mostly as a self-confessional mockumentary, the butt of the humour is the white working class themselves – especially Harding’s monstrous, foul-mouthed mother (Allison Janney), her none-too-bright dirt-bag husband (Sebastian Stan) and his oafish, thick-as-a-brick sidekick (Paul Walter Hauser) – both of whom served prison terms for “the Incident”. The movie’s attitude to Harding herself seems to swing between sympathy and scorn. Branded as trailer trash herself and subsequently shunned by the hoity toity world of figure skating, halfway through the movie she turns to the audience and addresses us directly: “Here’s what you want to see, this is what you’ve paid your money for”. She’s right to accuse, and could have been talking about the final scene, when having lost everything, totally disgraced and reduced to working as a female boxer, she’s on the ground – blood streaming out of her mouth. Maybe thats not what we came for, but it is what we get: America’s working class Trump-voting “deplorables” relentlessly mocked, humiliated and beaten. MA15+ on now. ★★★1/2 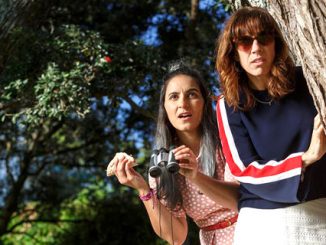 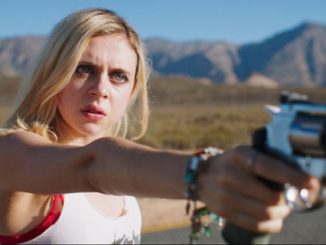