Unless you’ve been living under a rock, you’ve probably heard of cultural appropriation. The term has cropped up frequently in discussions of popular culture, reigniting debates around political correctness. Think Kylie Jenner’s cornrows and Miley Cyrus twerking. To consider cultural appropriation as just another passing fad would be a disservice. Let’s really talk about it.

One of the foundations of a multicultural society is the belief people of all races have a right to equal social and political standing. In theory, this would be ideal, however, it is simply not the case. In the past year, almost 4.6 million Australians (one in five) reported they were the target of racial discrimination. But when issues of racism emerge there’s a tendency for those who are not generally targets of vilification (i.e. white people) to claim colour blindness.

You might be familiar with phrases like “We all bleed red”. This makes it difficult for those who experience racial privilege to acknowledge their own power. It assumes that power is equal when it most certainly isn’t.

Susan Scafidi defines cultural appropriation as, “Taking intellectual property, traditional knowledge, cultural expressions, or artifacts from someone else’s culture without permission. This can include unauthorised use of another culture’s dance, dress, music, language, folklore, cuisine, traditional medicine, religious symbols, etc. It’s most likely to be harmful when the source community is a minority group that has been oppressed or when the object of appropriation is particularly sensitive, e.g. sacred objects.”

It has taken 21 years of being alive for me to feel comfortable wearing a Chinese Qipao [dress] in public. I’ve lost count of how many times I’ve seen white people appropriating Qipao for the sake of looking cool or as a quick Halloween costume, often captioning the resulting Facebook pictures with “Feeling so AZN” or “Do U Want Fried Rice?”

When we consider the profound ways white superiority has shaped the experiences of racial minorities, we can’t ignore the impacts of cultural appropriation. It is a process that re-enforces cultural stereotypes, which are distant from white people but hit close to home for those like myself who have experienced the marginalisation and vilification that comes with being “too ethnic”. 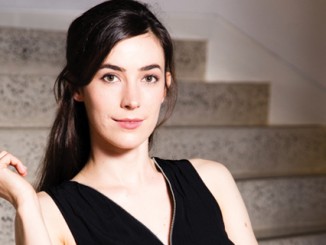