As 2016 begins to wind down, one thing that seems to be revving up is this country’s so-called culture wars. What could it possibly be this time? On the front lines this month, dampening our road to a cheery Christmas, is a guy called Bill Leak whose cartoons have provoked yet another round of the favourite pastime: belting out the same old tune over Section 18C of the Racial Discrimination Act.

Now, “What are the culture wars?” you might ask. What is 18C? Who is Bill Leak, and why is he becoming a slightly-more-frequent-yet-still-largely-irrelevant topic for discussion on the occasional episode of The Drum I briefly watch while flicking through the afternoon telly? Well, 18C forms the crux of Australia’s anti-vilification laws, Bill Leak is a cartoonist at The Australian with a penchant for depicting same-sex marriage activists as Nazis, and the culture wars are the tendency of some in Australian media and political life to reduce debate about any issue into a tedious kind of ‘left versus right’ furore.

Last week, a columnist at The Australian suggested that “mainstream Australians are horrified” by 18C and the highly improbable chance that a court may tell Bill Leak that he should apologise or pay a sum of money. It’d be putting it lightly to say that this is a bit of a stretch.

If I asked my friends what they thought of Bill Leak’s recent cartoons, I’d draw blank faces. I can think of a bunch of things that horrify “mainstream Australians” a whole lot more than the fact that a not-particularly-brilliant cartoonist (sorry, Bill) is coming under fire for a few drawings that were intentionally controversial.

By no means am I suggesting that this issue isn’t important to anyone: you, reader, might be one of those who get their knickers in a twist over 18C and good on you for doing so. What I am unequivocally suggesting, however, is that portraying this debate as a matter of immense concern to all Australians is a downright farce. Maintaining this charade – that mainstream Australians give two damns about the culture wars when they have work to do and families to feed – is more destructive than it is productive, and merely distracts and detracts from important material issues.

When there’s real inequality to be addressed and a community to unify, does this really need to be the priority in public debate? As we compose our Christmas card lists and the year winds down to a close, I wish that this combative and tired conversation would wind down with it. To those caught up in its bubble: if you must persist, please stop carrying on like everyone cares as much as you. 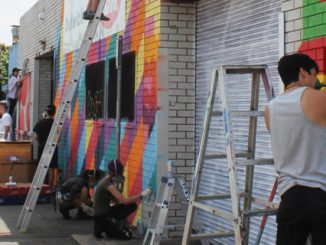