Righteous Rightie rejoices in the glorious triumph of free speech over the stifling forces of political correctness.

Dear RR – How much of a relief is it to know you can express yourself without fear of being shipped off to some Human Rights Commission-administered gulag? Now that champion of liberty George Brandis is striking down the ‘Bolt Laws’ designed to cow the conservatariat into submission, can there finally be a frank discussion of the serious racial issues confronting this Balkanised nation?

RR replies: As I was saying to Piers and Janet at the PM’s Kirribilli knees-up the other night, it’s such a relief to be able to reprimand the inattentive curry muncher behind the counter at the 7-11 and mock his devotion to an elephant-headed deity without fear of the dusky-hued pagan immediately scurrying off to some no win-no fee solicitor to demand millions of dollars in compensation for offence taken.

It was truly a dark day for Australian justice when an out of touch judiciary reprimanded this nation’s finest journalist simply because he’d accused people of pretending to be Aboriginal on the basis of evidence that turned out to be somewhat fact-challenged. After all, do we want to live in a country where it’s considered both morally and legally wrong to gratuitously (and erroneously) insult someone on the basis of their race, religion, gender, age or disability?

I can’t imagine anyone ­– other than the usual crowd of professional ethnics, gravy-train-riding Indigenes, grievance-seeking cripples, gang-raping towelheads and disease-spreading asylum seekers – would want that.

Of course, I acknowledge that freedom of speech has its limits, which is precisely why I accept any criticism of Israel amounts to genocidal anti-Semitism and any muddleheaded Marrickville councillor or misguided Sydney Uni academic who indulges in it should have their career and reputation trashed and, ideally, be sent to prison for life. 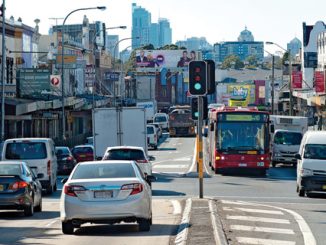