Dear RR – What happened to the Howard Battlers? Those salt of the earth, mainstream Australians who were perfectly happy to have their jobs shipped overseas, a regressive GST slapped on their purchases, and their children sent to die in some misconceived Middle Eastern adventure just so long as the pillow biters were prevented from entering into holy matrimony and swarthy reffos were stopped from entering our territorial waters? Australia now seems to ungovernable due to the working class – which seems to do precious little actual work nowadays – arcing up about globalisation and neoliberalism. Well, I don’t remember many complaints back in the mining-boom days back when they were buying XXXL tracky daks made by nimble-fingered Vietnamese kiddies for $5 a pop. Or sitting down to watch their 5000-inch flat screen assembled in a dark satanic TV mill in Guangzhou. Or necking 20 Bitangs on a Jetstar flight during an end-of-season footy trip to Kuta. Oh no, open borders and free markets were just dandy back then. Now, just because they’ve seen the neighbourhoods they grew up in rendered unrecognisable by Johnny Foreigner immigrants, have to travel a few hours each way to undertake poorly paid, insecure work in the service sector, and have been asked to cop some of the health expenses that are an inevitable outcome of a diet consisting of KFC megapacks and double Jim Beams and Coke, blue collar Tories in the aspirational outer Western Suburbs have turned like mongrel dogs on the party of their idol John Howard! Malcolm, Point Piper

RR replies: Indeed! If there is anything to be learnt from the recent election debacle it’s that the simple folk don’t respond to a bunch of egghead guff about agility, innovation and excitement. The next Liberal leader must demonstrate the political smarts to focus exclusively on terrifying Australians about the prospect of having to live next to and/or be blown up by a wild-eyed Islamofascist. 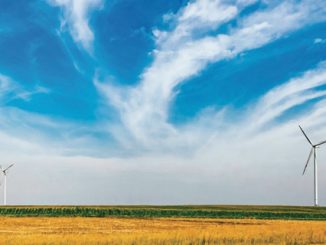 Your say: will we switch to renewable energies?

Your say: Is the Inner West patriotic?