Spring has well and truly arrived in the Inner West so it’s time to get outdoors and enjoy the warmer weather, watch the flowers bloom and the birds sing. Speaking of birds, this issue we pull out our khakis and binoculars to take a look at the best local places for a bit of birdwatching…

While you wonder through Burwood Park during the annual Burwood Festival you might notice some birds about – in particular the Australian White Ibis, which has become a common sight in suburban Sydney over the last decade or so. Spring is their breeding season and these guys love hanging out in Burwood Park but can also be spotted along the walk from Airley Park in Homebush to Burwood (known to avid birdwatchers as the ‘Phoenix Walk’). The birds like to nest in the Phoenix palms in this area, especially around the pond in Burwood Park, however they have been known to move on when council decides to trim the trees.

The stunning resident swans and their three cygnets at Sydney Park in St Peters are so popular they have their own Facebook fan page. Sadly, earlier this year the male swan that parented the baby birds was found dead in the park, with some suggesting a dog is to blame. The City of Sydney installed habitat fencing in 2010 to protect the wetland birds after a female swan died in a dog attack in 2009, however many believe this isn’t enough and are calling for tighter regulations for dogs in the park. The cygnets, which were born late last year, don’t live in the park permanently but do fly in and out every now and then so keep an eye out for them.

The Cooks River to Iron Cove Greenway is a green corridor flourishing with all sorts of wonderful flora and fauna including over 200 different species of birds. A few birds that are commonly sited along the pathway include colourful Rainbow Lorikeets, the Superb-fairy Wren (also known as the Blue Wren for its stunning blue face) and the Silvereye, which is known for the white ring of feathers around its eye. The New Holland Honeyeater is also common to the area and a real prize to photograph since it rarely sits still enough to get snapped. There’s plenty to see along the Greenway if you just keep your eyes peeled.

If you’re looking to do a bit of birdwatching, look no further. Over 180 species of birds have been spotted in Sydney Olympic Park from small woodland birds to large birds of prey. However, the most famous are the family of White-bellied sea eagles that call the park home – they are so famous that you can watch them live on EagleCAM via the BirdLife Australia website. The best place to spot these eagles in person is on the riverside walkway, their nest is hidden high in a Scribbly Gum in the Newington Nature Reserve and the youngest of the flock were born in August. The park’s huge and diverse space provides the habitat required for all manner of bird so get out their with your binoculars and try your luck. Don’t forget to look up! *Note that feeding the birds is not permitted in Sydney Olympic Park. 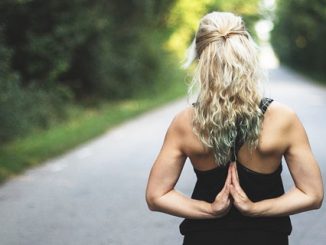