At a time when education and accommodation costs are rising and sex work is becoming less stigmatised many uni students are turning to the oldest profession of all to make ends meet.

For generation HECS making ends meet has never been harder. The virtually free tertiary education of a generation ago is as quaint to them as the milkman, while accommodation costs are nearing kidney-selling levels.

Statistics relating to tertiary students participating in some form of sex work are as common as brothels in Bangkok but even the most conservative numbers have suggested at least 10 percent of Sydney’s student population has been involved in the sex industry at some stage during their education.

“I started out stripping,” says Brooke*, a 22-year-old psychology student at Sydney University. “I met strippers who told me about how much I could make ‘working’ so I eventually tried it. The money is great. You’d be surprised how consistently nice the clients are.” She currently works at Camperdown’s prestigious Stiletto.

In an increasingly tolerant and sexualized society, exemplified in more progressive areas like the Inner West, sex work is probably viewed preferably to real estate or banking. Obviously the dangers and emotional strain of sex work can be great and to say Generation Y is culturally geared to it is a gross over-simplification but there’s no denying that sex workers are not the pariahs of yesteryear.

As one medical student from Sydney University put it, “I had so many female friends in my college screwing around I suggested they should get paid for it. A couple of them took my advice.”

Millie, 20, a graphic design student from St Peters who specialises in tandem out-calls with her bisexual boyfriend, sees her work as the embodiment of feminism. “My work crystallises the feminist reality. I give away nothing for free,” she says.

It is short-sighted and ignorant to view student sex workers as some homogenous block with identical experiences however, as recently highlighted by investigations revealing the use of student visas as a means of recruiting women from Asia into sexual slavery at Sydney brothels.

For those legitimate students working voluntarily, there is also the possibility that the career path offered by their expensive degree fails to materialize and sex work – for better or worse – becomes a long-term career.

Even if their dreamed of job does materialise, what happens when that profession turns out to pay far less than the one that paid for the education?

“The bottom line is,” says Bianca, 25, a former employee at a well known brothel in Leichhardt, “nobody wants to be doing this for long, even if you are lucky to have nearly all good experiences like I did.”

*Names have been changed 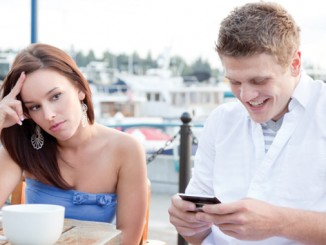 The cost of (complaining about) the cost of living