There’s an Australia connection to the Spanish Film Festival’s sexy and daring opening night film, Kiki, Love to Love. And that’s not the only surprise in store for us either.

With 38 features lined up, there’s sure to be something for everyone in this year’s Spanish Film Festival. The program includes a star-studded line-up of films, featuring performances by Penélope Cruz in The Queen of Spain (above), 2013 festival guest Maribel Verdú, and Steve Coogan and Rob Brydon in a new installment of their gastronomic tour (shouldn’t they invite Michael Caine along this time?) The Trip. There’s also an intense black comedy The Bar, another tale of corruption (Smoke and Mirrors) from the makes of 2015’s outstanding Marshland, a focus on flamenco dancing, and a retrospective on iconic actress, singer and director, Ana Belén.

But it’s the R18+ opening film that is sure to attract attention. Kiki, Love to Love is an adaption Josh Lawson’s risqué local comedy, 2015’s The Little Death. Its five stories of sexual dysfunction have been moved to Madrid during a heatwave, where temperatures and passions rapidly get out of control. Reviewers have compared director Paco León to acclaimed Spanish auteur Pedro Almodóvar, so that sounds like a hot opening night… Star of the film Natalia de Molina will also be in along to share in the festivities.

Elsewhere, the Centrepiece film Summer 1993 will be on most film-buffs’ must-see list. It had a critical breakout at this year’s Berlinale, taking out the Best First Feature prize. Telling the moving tale of a six-year-old orphan girl, the film is delicately crafted by Catalan director Carla Simón and marks the arrival of a major new voice in world cinema.

And that’s only a taste, there’s heaps more… Head to the festival website for info and bookings.

At Palace Norton St and Palace Verona – April 18 to May 7.

We have 5 double passes to festival films give away. To enter, just email us at info@ciaomagazine.com.au and let us know you’re reading online. Please include your name and address so your prize can reach you. 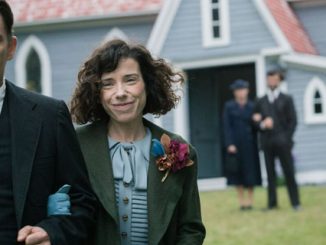 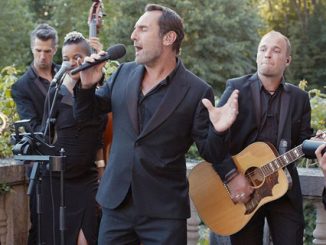